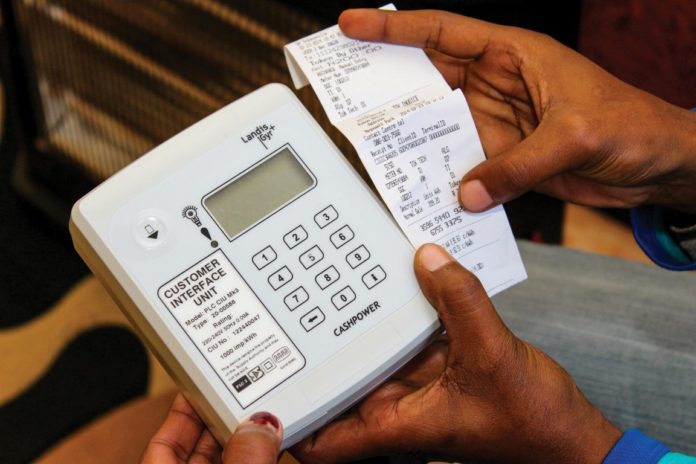 The smart meters work using cellphone networks with each using a sim card to transmit daily readings to a central hub. The daily readings are then incorporated into customer bills through an automated process.

According to the city, the smart meters will have a “positive impact on the city’s revenue,” as a result of decreasing billing queries and non-payment because  customers would receive accurate and verifiable consumption information.

The utility will also be able to use the smart meters to send bulk messages asking customers to, for instance, reduce demand or remind them to pay an outstanding bill.

The aim of the rollout is to ensure better service for customers as the new prepaid meters have improved communication capacity and features, says City Power.

The city claims that it could save as much as 775 MW of energy, should all 335,000 households with smart meters apply the system. [Smart grid development in South Africa – the real story]

In a media statement, City Power said: “With prepaid meters, the power is cheaper because the prepaid system doesn’t include additional charges a postpaid meter would impose, such as service and  network access charges. For a prepaid meter, you only pay what you consume. Customers can manage their electricity consumption and avoid billing estimations.”

Customers will receive a notice from City Power alerting them of the prepaid meter replacement. The customer must call City Power on the number  provided on the notice to arrange for the meter to be installed. A City Power official will arrive at the premises to remove the existing meter and replace it with  a smart meter. The power utility says a prepaid meter will be preloaded with 10 units. The customer must go and buy units as soon as possible.

City Power says if customers do not respond within seven days of the delivery of the notice from City Power, the utility reserves the  right to terminate supply.

The utility’s campaign is aimed at all customers, including businesses, but initial preference will be given to those experiencing problems such as the lack of access to their properties to read meters, faulty meters and illegal connections.