A new research initiative, the Global Apollo Programme, is calling on the world’s nations to make carbon-free baseload electricity cheaper than coal-fired power within 10 years.

The Global Apollo Programme, introduced this week, is an “internationally coordinated scheme of research and development focusing on electricity storage technology, smart grids and renewables,” according to reports by Reuters.

The overall objective is to place the highest priority on making renewable energy more cost-effective than coal plants, as a viable baseload electricity alternative.

While renewable energy costs have fallen in recent years, notably in the wind power and solar energy sector, the downward trend in cost of renewables is hoped to continue and to see increased investment in energy storage and the deployment of smart grid technologies.

The programme calls for US$15 billion annually to be spent on research and development efforts to not drive down costs of solar and wind energy, but to help cut energy bills, reduce pollution and create jobs.

It is reported that the current government spend on renewable R&D is far too low at US$6 billion. The figure is reported as “dismal” considering the US$101 billion worldwide spent on subsidies for renewable energy, superceded by subsidies paid for fossil fuel energy, estimated to be as high as US$550 billion.

According to David King, one of the authors of the programme and the UK’s climate change envoy, there has been considerable interest in a wide range of countries including EU member states, the US, Japan, Korea, Mexico, UAE, India and China.

King added that he hoped that there would be concrete commitments by November.

Countries committed to the programme are required to allocate at least 0.02% of their gross domestic product a year on renewable energy research.

According to the authors of the report: “We believe strongly that in terms of value for money, this Global Apollo Programme is an essential component of any serious attempt to manage the risks of climate change.

“At relatively small cost it will contribute powerfully to a safer and better world.” 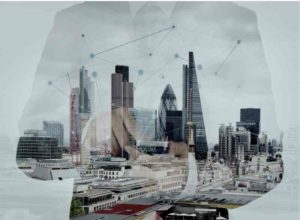