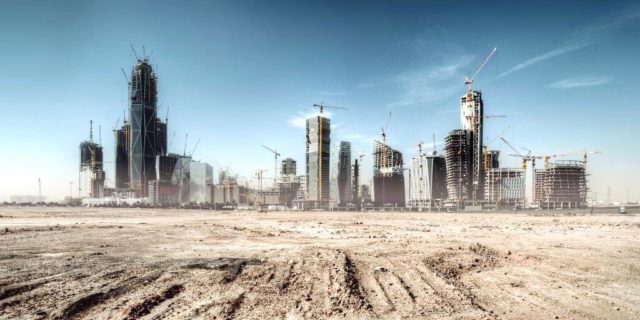 In Saudi Arabia, Huawei partnered with the Royal Commission for Jubail and Yanbu on smart city technology development

The two parties signed a memorandum of understanding (MoU) to support development of smart city technologies and enhance the Arabian country’s industrial sector.

Under the MoU, Huawei will use its technologies to help Saudi Arabia manage its urban infrastructure in a bid to improve quality of life for its population.

The technologies are expected to help the country find solutions to challenges related with an increase in population which is pressurising the country’s water, energy and other resources.

According to a local publication, the partnership will improve water and energy management and will also focus on smart living and security.

[quote] The collaboration will help Saudi Arabia reach its target set by the Saudi Vision 2030 plan. The plan aims to improve the country in all sectors through the use of ICT.

The two parties will design a joint strategy which will include the development of a smart city competency centre. The centre will be responsible for research, development, deployment, operation and maintenance of smart city technologies in Saudi Arabian cities.

The signing of the MoU follows receival of a commercial licence by Huawei which allows the company to operate in the field of ICT in Saudi Arabia.

The Royal Commission for Jubail and Yanbu is a government owned institution responsible for planning, promotion, development and management of petrochemicals and industrial intensive Saudi Arabian cities.

In late March, Huawei announced that it signed two consecutive agreements for the development of smart cities in Malta and Sardinia.

The agreements were signed at the CeBIT 2016 exhibition and conference in Hanover, Germany, where Huawei hosted its Global Safe City Summit 2016 under the theme of “Leading New ICT, Making Cities Safer.”

Mr. Edward Chan, CEO of Huawei in Italy, signed a smart cities project agreement with Mr. Jose Herrera, parliamentary secretary for Competitiveness and Economic Growth of Malta, at the summit.

Mr. Chan signed another smart cities project agreement with Mr. Francesco Pigliaru, president of the Autonomous Region of Sardinia in Italy, and Mr. Luigi Filippini, president of CRS4, a research institute based in Italy.