Global revenue from shipments of residential IoT devices is expected to top US$330 billion from 2015 to 2025, according to a new report by market research and consulting company Navigant Research.

Smart home devices such as smart thermostats and smart door locks are giving rise to a rapid increase in shipments of intelligent connected home technologies as the Internet of Things becomes commonplace in households.

According to Navigant, major companies are beginning to recognise the opportunity that communicating devices offer for increased efficiency, automation, security and comfort in the home.

Neil Strother, principal research analyst at Navigant Research, said: “The IoT is like putting together a jigsaw puzzle without any edge pieces, with the number of pieces growing exponentially into the billions.

“Communicating devices in the IoT traverse a wide range of industries and sectors—virtually all areas of life can expect to see some form of this connected world.”

The Colorado-based company notes that while there are many drivers accelerating development in the residential IoT market, there are many competing protocols and standards creating an interoperability barrier.

Communications technologies such as Wi-Fi, ZigBee and Bluetooth are all looking to establish themselves as leaders in connecting and communicating between devices.

Included in the report, ‘IoT (Internet of Things) for Residential Customers‘ is an analysis of key market drivers and barriers associated with residential IoT devices, including smart meters, smart thermostats, lighting, smart appliances, security and management systems, and smart plugs.

In a separate report, Navigant found that smart grid and advanced energy technology for the smart cities market will reach US$20.9 billion by 2024.

The study notes that city leaders are taking a more proactive approach to climate change through the creation and implementation of innovative policies and setting of carbon reduction goals.

Lauren Callaway, research analyst with Navigant Research, said: “Energy is the lifeblood of a city.

“Developing an integrated and sustainable energy strategy within the smart city framework is one of the most effective ways cities can contribute to their larger goals of addressing climate change, supporting citizen well-being, and fostering economic development.” 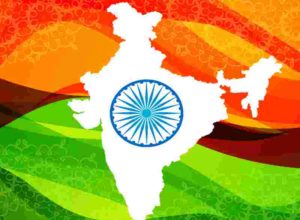