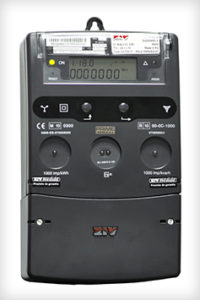 CG, which acquired Spanish meter maker ZIV in 2012, won the contract to supply SEC with the bulk of its smart meter requirement.

The Mumbai-based company will adapt ZIV smart meters to the functionalities requested by SEC and will collaborate with the utility to provide the optimal systems for smart grid deployment in Saudi Arabia.

Smart meters provided by CG, will initially service small businesses in SEC’s remit, with additional contracts expected to be finalised in the short-term.

The smart meters will be connected to current transformers within the grid and communicate via GPRS.

The Saudi electricity market is estimated to be the largest in the Arab world with a peak load at 53,864 MW in 2013.

Electricity demand is expected to grow at an average rate of 7-8% prompted by a growing population and expanding industrial sector.

Laurent Demortier, CEO of CG, concluded: “This is an important step in the implementation of advanced technologies and innovations for sustainable and cost-efficient ways of energy consumption in Saudi Arabia.”

In further activity within the Saudi Arabia smart grid market, earlier this month, Saudi Electricity Company (SEC) chose European developer of satellite communication equipment Newtec to enable connectivity to remote sub-stations in the energy distribution network in the Kingdom through its through two-way satellite.

Newtec said in a statement that its VSAT network “provides control and data acquisition of the sub-stations, as well as enabling VoIP access and live feeds of video and images back to SEC/ National Grid Saudi Arabia’s (NG SA) network operations centre.”

Commenting on the project, Abdul Aziz Al Sultan, telecom engineering and substation automation department manager at SEC/NG SA, said: “To develop the energy network into a full smart grid we face the challenge of a large number of sites, which are difficult to connect due to the limited terrestrial infrastructure in this area.

“We require a robust solution for time-critical applications. With Newtec Dialog, we are confident that we have found a reliable and flexible platform that can be deployed quickly and cost-effectively integrated into our network.”