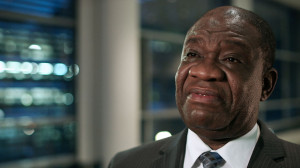 Nigeria will find it “impossible” to meter all electricity customers within the next two years as more than 50% of Nigerians are on estimated billing, said Minister of Power Chinedu Nebo.

In an interview with the country’s Sun newspaper this week, Mr Nebo said the government plans to “use its lean resources to procure one million meters so that more Nigeri­ans will break away from estimated billing and make it a thing of the past.”

Nebo said the government was “embarking on a special intervention” by procuring most of the meters made by local manufacturers and giving them to electricity distribution companies (discos) to distribute free of charge to customers.

The minister also used the interview with one of Nigeria’s largest newspaper groups to appeal to consumers to stop stealing electricity as non-technical losses are hitting the discos hard, said Nebo.

“Some discos experience as much as 55% commercial losses because Nigerians enjoy stealing electricity by not paying for it. Some people even brag that they are not paying for power.

He added: “People have been found to have dug holes under the ground to connect electricity from their neighbours and they are not paying. We have a lot of energy theft in Nigeria because consumers are not metered.”

The news of a 1 million meter rollout comes as Nigeria has an estimated 6.5 million pre-paid metering gap, prompting Nebo to defend the scale of the government’s input.

This is the latest federal government initiative to push metering in the country and follows the offering of a soft-line of credit to fund rollouts in August 2014.

The energy minister also used the interview to outline Nigeria’s roadmap for generation and transmission.

Nebo said Nigeria is generating an average of 3,500MW a day up from 2,800MW in 2007. However, he admitted that “Nigerians are yet to feel the impact of the growth in power generation.”

In an effort to increase, the current government has revived the National Integrated Power Project, which will see 10 gas-fired power plants supplying 4,500MW to the grid. Two of the plants – Geregu and Omotosho – have already been commissioned and the rest will be inaugurated this year, the minister said.

Nigeria also plans to get around 10% of its power needs from coal-fired turbines. The country is authorising coal-mining licences only to companies that commit to use it to generate electricity.

Solar will play an increasing at both off-grid village level but Nigerians need to adopt a better maintenance culture,said Nebo, to ensure panels can work at full capacity.

Wind is not currently seen as an option due to low velocity but the country is still assessing conditions in all parts of the country.

When it comes to privatisation of the electricity sector, the energy minister said the country is beginning to see results with the refurbishing of power plants and turbines to the creation of independent power projects.

Nebo concluded however that in spite of these advances, the country’s lack of steady gas supply was the reason why it had failed to meet a 5,000MW target by December 2014.

VIDEO: Meters for Nigeria – the country’s regulator, NERC, tells Metering.com how they plan to do it