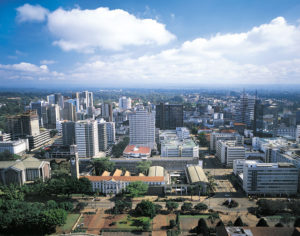 In East Africa, utility Kenya Power has earmarked US$1.6 million for a two-year smart meter pilot in a bid to cut operating and distribution costs.

The state electric company will deploy smart meters to up-scale residential and small commercial customers who have monthly power bills over US$1,110 in and around the capital Nairobi, reports local media source Daily Nation.

The pilot is seen as the first step towards a 500,000 countrywide installation at a cost to Kenya Power of US$166 million.

Kenya Power, which covers a service territory of 2.3 million customers, has picked two suppliers for the pilot and is in the process of selecting a third one to supply Kariobangi’s light industries.

Cleophas Ogutu, assistant engineer at Kenya Power, said: “We are in the final stages of the procurement process and expect that the first smart meter will be installed sometime in January [2015].

“We picked upper class residential areas like Runda and businesses in Kariobangi and the central business district to help us get a sense of the two customer segments based on consumption.”

Kenya Power is quoted as saying the main goal of adopting smart metering technology is to reduce operating costs.

The utility expects to save US$7.7 million from the smart meter pilot over the next four years.

A spokesman told Daily Nation: “Each of the three zones will cost us US$555,000, but we expect that over the next four years this will translate into distribution efficiency that will save us close to a billion shillings (US$11 million).”

“The total investment of US$1.6 million is therefore justified.”

Kenya Power began a prepaid meter rollout in 2012 in a bid to improve revenue collection.

By June 2013, it had installed 335,018 prepaid meters “to minimise the risk of non-collection”, Kenya Power said in its latest annual report.

However, the utility confirmed that unpaid bills had increased year on year, with the biggest culprit being large-energy consumers.