In Asia, the Brunei Ministry of Development (MoD) has plans to deploy prepaid water meters in the near future to reduce wastage and amount spent in water subsidies.

The water meters will help consumers to reduce usage and utilities to address non-payment of water bills. Arrears owed to the government for water bills was $39 million at the end of 2016.

Speaking at a meeting of the Legislative Council, MoD minister YB Dato Seri Paduka Hj Suhaimi Hj Gafar said prepaid water meters will be introduced in phases, although a fixed roll out date was not provided.

The minister said the MoD will be replacing aged pipes and infrastructure in order to prevent water leaks under efforts to reduce wastage by more than 45%t, in line with World Health Organisation standards.

The minister stated: “Our water resources for the next generation will be affected if there is low awareness of water conservation.” He stressed that adding water-saving practices such as rain-harvesting should be encouraged.

“Brunei has the highest water consumption in ASEAN at 380 litres/ day per person, compared to Malaysia at 212 litres/day and Singapore at 151 litres/day.”

The ministry has conducted research on water tariffs, aiming to focus the public on saving water and reducing wastage. The goal is to reduce wastage and decrease non-revenue losses, securing water resources for the next several decades, without affecting low-income households.

The recently completed Ulu Tutong Dam Project is projected to supply water to residents of Brunei-Muara and Tutong districts until 2040 and beyond, if water consumption rates can be reduced. 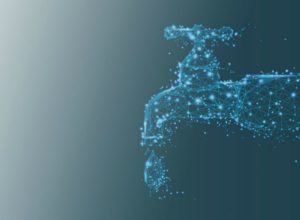