Eurasian countries will invest US$18.3 billion in smart grid technology over the next decade, according to US research organisation Northeast Group.

The region has strong drivers for smart grid investment, a number of experienced vendors and significant funding available from multilateral lending organizations, the study concludes.

Near-term growth will be focused in Central Asian countries currently battling high electricity losses. Larger countries such as Russia are expected to develop in the medium term.

"Eurasian countries are among the least energy efficient in the world and have some of the highest electricity distribution loss rates.

He added: "Smart grid will be instrumental in improving the efficiency of the electricity sector in these countries. Available multilateral financing will help kick start deployments in the near term."

Since 2011, the World Bank and Asian Development Bank have committed US$380 million for smart grid investments in Uzbekistan.

Several other Eurasian countries have similar electricity sector characteristics and could see financing become available if deployments are successful in Uzbekistan.

For example, Kyrgyzstan has the second highest electricity losses in the world (at 29 per cent) due to electricity theft and unmetered premises.

Mr Gardner said: "The current political challenges in Russia and Ukraine limit the short-term market potential of some of the region's largest countries.

"But recent events do not change the core drivers and potential benefits, which should lead to strong medium-term growth.

"International vendors will be looking to partner with established local vendors and to participate in near-term Central Asian projects to position themselves for significant medium-term opportunities in the larger markets of the region." 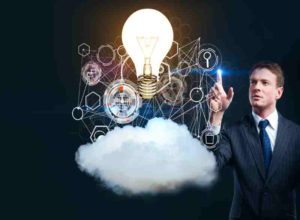