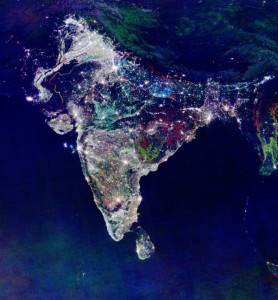 In South Asia, India is forecast to invest US$21.6 billion in smart grid infrastructure in the next decade in a bid to curb rampant electricity theft, making it the largest long-term smart grid opportunity in the world.

This is the prediction from a new study published today by US company Northeast Group, which sets non-technical losses in India at US$16.2 billion a year.

India’s government has already committed billions of dollars in funding for smart grid infrastructure, said Ben Gardner, President of Northeast Group, and cumulative spending is forecasted to top US$21 billion over the period 2015-2025.

Mr Gardner said: “India loses more money to theft than any other country in the world.

“The state of Maharashtra—which includes Mumbai—alone loses US$2.8bn per year, more than all but eight countries in the world.

He added: “Nationally, total transmission and distribution losses approach 23% and some states’ losses exceed 50%. Most Indian utilities are financially unsustainable.”

India’s central government has responded with billions of dollars in promised funding for smart grid infrastructure, according to the research group.

Additionally, more than US$8 billion is available for loss reduction programs and dozens of projects are now underway across India’s 29 states. Northeast Group’s study analyzes the complex regulatory frameworks and industry structures across the states.

Gardner said: “India’s electricity demand growth is set to exceed 7% per year over the next decade.