The state government of Maharashtra entered into an agreement with software company Oracle to accelerate rollout of smart city solutions.

The software company will develop a Centre of Excellence in Mumbai.

The Centre of Excellence will be responsible for research, design, development and testing of technologies which government departments and utility companies will use to optimise their operations and improve services to the Indian population.

The centre will focus on improving the state’s water, energy, transportation and communication segments.

According to a local publication, Oracle will use its cloud solutions to connect 29,000 villages of Maharashtra.

More importantly, the solutions will improve communications between the government and citizens and between governments and businesses.

Oracle will take advantage of its partnership with Maharashra to increase its presence in India’s smart city initiatives to be deployed by other states.

[quote] The state government and Oracle are planning to develop 1200 wi-fi connectivity hotspots of which 500 will be ready by this November.

“Cloud computing has changed the landscape of governance. It has the power to enable inclusive growth and to transform the state into a digitally empowered society,” commented Devendra Fadnavis, chief minister of Maharashtra state.

The state’s partnership with the software company follows selection of its five cities to benefit from India prime minister’s funding to develop and implement smart city technologies.

Safra Catz, CEO of Oracle Corporation, added: “By moving to the Cloud, the government has the opportunity to create a digitally empowered society and a growing knowledge economy.”

The news follows an early June’s inauguration of India’s first Centre of Excellence for the Internet of Things  in Bengaluru.

The centre is a collaboration between several organisations including Nasscom, Department of Electronics and Information Technology and Education and Research Network under the government’s Digital India initiative.

Through the establishment of the centre, the government aims to boost the adoption of Internet of Things technology, as well as foster and develop a growth strategy for IoT in India. [Indian state utilities to receive smart grid training].

Areas for development in the Internet of Things domain will include smart city applications such as transport system, parking, electricity, waste management, water management. 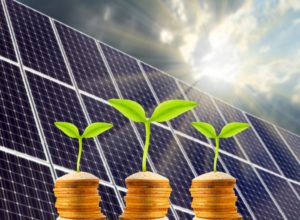