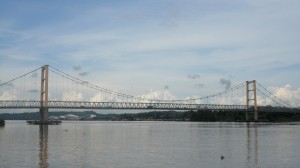 In Southeast Asia, the Kutai Kartanegara district, in the East Kalimantan province of Indonesia, is set to become the first smart city in the Southeast Asian state, according to the district’s Investment and Promotion Office.

The Kutai Kartanegara district was chosen due to its positive investment growth and is modelled on the Fujisawa Sustainable Smart Town (FSST), located near Tokyo, unveiled in November 2014.

Bambang Arwanto, head of the Investment and Promotion Office, said: “The construction of the smart city will be carried out through cooperation between the district administration and the Indonesian Chamber of Commerce for infrastructure. The plan has been conveyed to the president.”

The smart city will be built with the aim of reducing carbon emissions and decreasing water consumption levels by 70% and 30% respectively.

In Japan, the Fujisawa Sustainable Smart Town (FSST), works on a ‘self-distributing’ energy system –producing and using energy locally, with the aid of solar batteries and solar panels.

The FSST offers residents use of communal electric vehicles and smart bikes to get around.

As of November last year, 100 families had moved into the FSST, when the project was soft-launched. Around 600 single homes and 400 apartments were scheduled to be constructed catering for 3,000 residents.

Cambodia to expand its grid, thanks to $127.8 million ADB aid