The launch of the IoT communications network is meant to provide a secure and reliable communications platform for the Internet of Things to improve the operations of government departments and companies.

The communications platform was developed and deployed in partnership with Nokia, reported  ZDNet.

Commenting on the development, Karen Kooi, CEO of M1, said: “We look forward to working closely with government agencies, technology partners, and customers to enable smart solutions for everything and everyone.”

Following the launch of the IoT communications network, M1 partnered with utility Keppel Electric in deploying a smart meters pilot for its water and electric customers.

The use of the IoT network is expected to help Keppel Electric to equip its residential, commercial and industrial consumers with smart water and electric meters quickly and cost effectively.

The smart meters pilot will enable the utility to improve its customer services by helping consumers improve their water and energy efficiency through access to real time usage data.

Janice Bong, the general manager of Keppel Electric, added: “With the full liberalisation of the electricity market expected in 2018, the launch of M1’s NB-IoT network is a timely development for us and our customers to enjoy easy access to useful real-time consumption data at a lower cost …”

The launch of the IoT network is expected to help Singapore achieve its digital transformation targets which pushed the government to set aside $2.4 billion towards IoT technologies and smart infrastructure in May.

The IoT network operator is planning to expand coverage by deploying its technology in the Nelson Mandela Bay in Port Elizabeth city in the Eastern Cape, reported Tech Financials.

Agnat Max Makgoale, CEO of Vula Telematix, said: “We are creating a blanket coverage. We want to create this platform hopefully South African businesses can begin to be developers of these IoT solutions, rather than be consumers of solutions, which come from China, Europe, US, etc.”

The deployment of the IoT network by Vula Telematix was made possible by a deal signed early this year with US IoT company Ingenu. 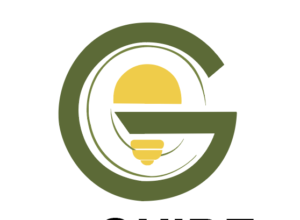