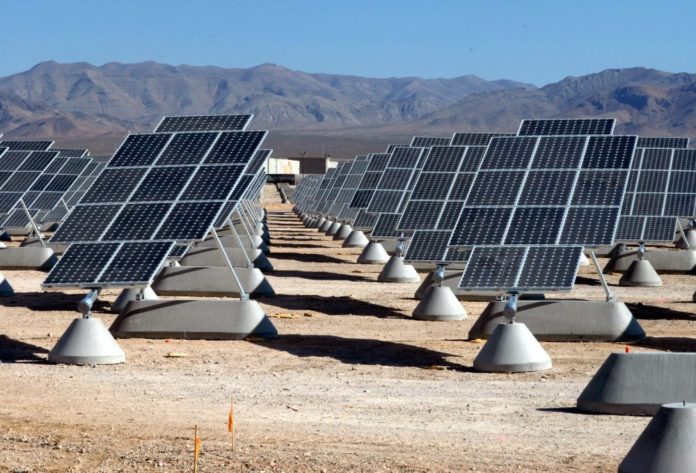 Under the US$1.6bn programme, the two will construct a facility consisting of 13 solar PV power stations generating energy capacity amounting to 420MV.

In a press statement, the Shanghai based solar cells and module manufacturer said it will provide the National Energy Adminstration of China (NEA) with its modules for use in the first phase of the project. However, NEA is expecting to generate 950MW of solar power upon completion of all of the project’s phases.

In addition, the project as a whole is expected to generate 1.5bn KWh of on-grid power, a development which will contribute 260m yuan (US$39.4m) of tax revenue per year.

According to NEA, the generation of energy from the solar PV plants will also reduce carbon emissions by eliminating the burning of 480,000 tons of coal, burnt on an annual basis in the province.

The project, Front Runner, falls under the Ministry of Energy owned agency’s efforts to promote the development of advanced solar PV technology by domestic suppliers, states the statement.

JA Solar is said to have secured the contract as a result of its polycrystalline and monocrystalline modules meeting NEA’s conversion efficiency of 16.5% and 17% respectively.

Furthermore, the company’s modules had previously in 2015 received certification from the China Quality Certification Centre, thereby validating compliance with the Front Runner.

In the same year, the firm was also selected by the Datong municipal government to supply its modules for a 50MW solar PV demonstration programme.

The news follows an early May announcement by global renewable energy investment companies Vision Ridge Partners and GSSG solar’s partnership to fund a solar energy programme in the Japanese region of Nagano.

The solar energy project set for completion in 2017 is owned by Japanese utility Chubu EPCO and is expected to produce energy able to power more than 3,800 households annually in Nagano.

The collaboration is part of a platform launched by the Japanese Ministry of Energy Trade and Industry to attract investments in solar projects to  ensure grid reliability and efficiency through increased adoption of smart energy sources. [China bids to boost renewable energy market].

The project will include installation of some 143,000 SunPower modules on a large piece of land formerly a golf course, as land acquisition for implementation of renewable energy projects still remains a major challenge in the East Asian country.