The Mongolia Electricity Distribution Company was experiencing both technical and excessive non-technical losses in their electricity distribution system. There were several reasons for these losses:

The Government of Mongolia had received funds from the International Development Association for “reducing costs of non-technical losses”. The project was focused on Ulaanbaatar electricity distribution com-pany and on the Aimaks.

The first step to make the introduction of the new policies a reality was to upgrade the meter labora-tories, so that they would be in a position to check meter accuracy in accordance with international standards. 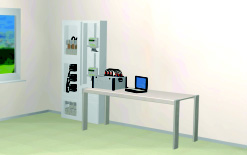 The second step was to put in place a programme to check all the existing electricity meters – 200,000 single-phase household meters and 20,000 three-phase meters. They were all electromechanical meters, and all more than 15 years old. 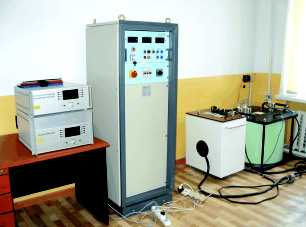 The third step, which was under-taken with the aid of funds from the World Bank, was to reduce the non-technical losses by purchasing 106,000 tariff and non-tariff electronic household meters class 1.0, as well as three-phase electricity meters with class 0.2 – 0.5. The installation of these meters has already begun.

The 10-position system is used for the simultaneous testing of ten electricity meters. This automatic meter test system has an overall accuracy of better than 0.05%. The test procedures are fully computer controlled and also provide report printing and data storage. 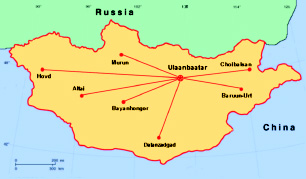 The portable three-phase equipment allows for on-site testing of electricity meters. The PTS3.3 is a three-phase voltage and current source plus reference standard with an overall accuracy of better than 0.05%. Automatic test procedures are created and stored in the PTS3.3, which also has the facility to store the on-site measurement results.

MTE has also delivered and installed seven five-position polyphase automatic meter test systems at different Aimaks in Mongolia. They will be used for the simultaneous testing of five electricity meters, and have an overall accuracy of better than 0.1%.

The two 10-position test systems and the current transformer test system were installed at Ulaanbaatar Electricity Distribution Company in March 2004. MTE engineers Peter Kurth and Roland Bucher trained the company’s laboratory staff and Aimaks personnel in the operation, service and maintenance of the systems. In addition, the Aimaks staff were trained to install the systems once they arrived at their laboratories – the meter test systems have been installed throughout Mongolia, in some cases at distances of up to 1500 km from Ulaanbaatar.

A team from Mongolian television visited Ulaanbaatar, and the new meter test systems were explained to viewers during an evening news broadcast. Once customers understand about the need for high accuracy testing to confirm the performance of the meters in the field, they have more confidence that the bills sent out by their electricity utility are correct.

The employees who have been trained in the use of the systems are testing both the old mechanical meters and the new electronic meters. The accuracy of the test equipment has been checked by the National Centre for Standardisation and Metrology (MNCSM) of Mongolia. This is the national authority responsible for the implementation and monitoring of national standards, which includes ensuring traceability of standards and metrological uniformity in the country. The MNSCM standards for energy measurement are traceable to international standards. This was confirmed by using a comparator KOM 200.3, which was delivered by MTE after calibration at PTB, the National Physical Laboratory of Germany.

With the comparator KOM 200.3 Class 0.01, a power supply system for generation voltage and current and calibration software from MTE, MNCSM has a fully automatic calibration station where all national reference meters can be calibrated. The system also allows MNCSM to carry out type testing of electricity meters, as well as other reference standards.

MTE and its official distributor Ultrasonic Co. Ltd. became involved in Mongolia in 2002, and the policies introduced by the Mongolia Electricity Distribution Company are already proving themselves. The introduction of computer-controlled meter test equipment has reduced the amount of system losses experienced by Mongolia’s national utility, and has increased consumer trust. Meanwhile the drive to ensure accurate measurement of the electricity consumed in Mongolia continues – in the last few months electricity transmission and distribution companies and Aimak test centres have bought several portable three- and single-phase test systems from MTE Meter Test Equipment.