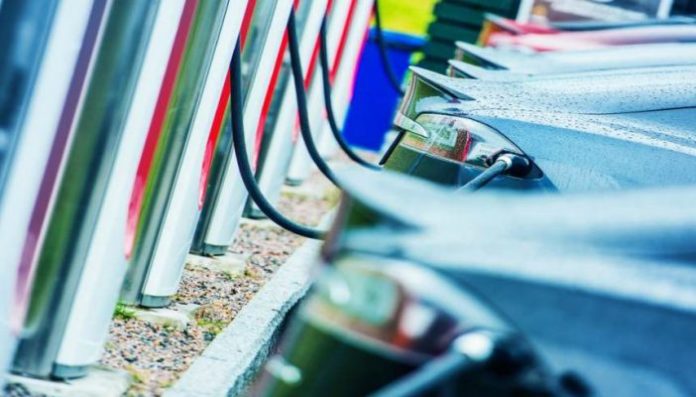 In the Delhi NCR region, e-rickshaw has emerged as a popular eco friendly means of public transport in a very short span of time. The rampant increase in numbers has posed significant challenges for government authorities and electricity distribution utilities.

Government authorities are facing issues like vehicle registration, traffic violations and passenger safety. Anti-social elements have created illegal electrical networks for unauthorized use of electricity to charge e-rickshaw batteries, thus not only affecting the revenue inflow for the discoms but also affecting electricity supply quality and badly compromising safety aspects.

BSES plans to use smart meter technology to address this issue. A team under guidance of the authors has designed and developed a SMART DC energy meter as a metering tool to resolve the issue. The smart DC energy meter (SDCEM) can capture GPS coordinates and send data over GPRS to the server.

During a pilot programme, the data received was analysed and very interesting insights were derived.

Although the intention behind the introduction of e-rickshaw was benign, the modus operandi has posed significant challenges for electricity distribution utilities including government authorities.

The introduction of this popular mode of transport was intended to provide an alternative to hand operated cycle rickshaws and to replace diesel/CNG-based auto rickshaws with eco friendly battery operated low tariff e-rickshaws.

However, even with almost 100,000 battery operated three wheeler e-rickshaws plying their trade in the city, there is no system for legal charging points. Unauthorised charging is impacting the tariff of cities and affecting supply quality.

Large numbers of e-rickshaw are available, but the majority of them are unregistered and so far there is no formal charging infrastructure in place. It was assumed that these e-rickshaws would be charged by their owners at their homes but field facts are different.

The following are major reasons why owners are not always charging them at their home: a) Not all e-rickshaw owners live near the route they taxi. Taking the e-rickshaw to their home means they lose the opportunity to earn money as a good percentage of their battery energy will be used for the home to route and vice versa commute.

During various interactions with operators, owners and associations, it was found that in most cases these rickshaws are charged at an isolated location in bulk. Each charging session costs about Rs100–150 ($1.60–2.35).

The economics behind the illegal charging

These vehicles are charged in batches as part of an organised illegal network. They can generally be seen around electric poles, street light poles or power lines, where they assemble to charge the vehicles.

According to experts, the e-rickshaw industry is pegged to grow over 20% in coming years. To tackle this burgeoning problem and revenue loss to discoms, multi-level strategic measures are required, taking all the stakeholders into account, viz Delhi Govt, DERC, transport department, police department, e-rickshaw manufacturers and dealers and e-rickshaw owners.

The BSES strategy is to facilitate charging for the e-rickshaw operators and eliminate their dependence on the illegal charging network.

It is further believed that this strategy will build trust in the discom and create a winwin situation for both discom and operators.

As depicted in the illustration above, a survey of the distribution area was undertaken to understand how e-rickshaws operate.

Representatives from BSES talked to many operators in order to collect primary data.

Based on the field observations and inputs received, BSES engineers designed and prepared specifications for a smart DC Energy meter to be installed on the e-rickshaws.

Once the specifications were finalised, the meter was developed and a pilot programme undertaken, during which meters were installed on many e-rickshaws for testing.

After the initial configuration, the data started coming on via the module and analysis was undertaken on the collected data.

For the initial field trial, BSES identified the owner of a fleet of e-rickshaws who rents out e-rickshaws. The meter was installed on many e-rickshaws to capture the data. The advantages and merits of installing this DC meters were explained to the owner.

As envisaged, the data captured by the meter were available on the module. The module plotted excellent route maps with very high accuracy. The location coordinates of the e-rickshaw movement were fetched at every 15-30 min interval depending on the network coverage.

In the maps shown above, the red dots are the GPS co-ordinates captured and the green line shows the route taken by the e-rickshaw. The multiple points at a single location indicate that it was a charging point or a parking location which was further confirmed with the MIS available in the module.

The GPS co-ordinates gave a real picture of the movement of the e-rickshaws. BSES analysed the pattern and identified that there are four type of locations where e-rickshaws are charged –

These shops have legal connections.

Analytics will play a big role in building the trust between the e-rickshaw owners and the discom. The successful implementation of this system along with proper charging ports will give peace of mind to the owners.

The operators will be required to maintain a simple log book, capturing their daily charging schedule and location. At the end of each month, electricity bills can be generated based on log book entries. Analytics will help in identifying any abnormal deviation, preventing malpractices and misinformation and dispute resolution, if any.

Even an Interesting case of battery replacement with a ‘charged battery’ was detected based on mileage per charge i.e. charged batteries were put in rather than charging through the system. When asked, the e-rickshaw operator accepted the same.

Once the complete system, including DC smart meters and the charging ports with proper tariff arrangement from the regulator, is in place all the stakeholders are going to benefit from this.

The growing number of e-rickshaws has posed a great challenge for the electricity utility and at the same time an opportunity as well. BSES has analysed the e-rickshaw modus operandi and has taken the first step to meter these vehicles.

Once the metering starts, it will be a case study for the Indian power industry and strong business case for other utilities to follow. For successful implementation of this project, support from all the stakeholders is required.

However the present solution has three major limitations:

iii Acceptance of the DC meters by e-ricksaw owners is uncertain. MI

He joined BSES Delhi, a power utility, in 2004. He believes metering plays the most vital role in any distribution utility. He has imparted training and shared his knowledge about various applications of meter data and planning metering roadmaps. He is frequently invited to address delegates on ‘business opportunities in the field of smart grid/ energy storage and power distribution in India’.

In India, he is an active member of various technical committees for energy metering and also chairman of CBIP metering standardisation committee.

Akhtar Ansari is a B.Tech (Electrical) graduate and MBA in Power Management. For the last 12 years Akhtar Ansari has been working with different utilities across the globe. He has diversified experience of working in power, water, coal and waste to energy sectors. As an analyst and consultant, Akhtar Ansari has worked with clients based in India, Australia, Indonesia, Japan, China and the UK.