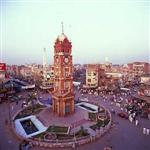 As a result the local electricity distributor, the Multan Electric Power Company (MEPCO), received some 400 complaints attributed to malfunctions. However most of these complaints were not resolved as residents were told new meters were unavailable. However, the residents who incentivized field visits from MEPCO employees were treated differently.

For residents who did not wish to incentivize service delivery from MEPCO, a nominal free of Rs20 was requested in order to provide direct electricity supply from poles. Commenting on the response to the crisis, SE Faqir Muhammad Khan insisted that MEPCO had only been given 100 meters to meet the demand.