French industrial advanced battery company Saft has opened a new subsidiary in Japan in a bid to tap into the country's burgeoning demand for energy storage.

Saft, which has distributed in Japan through distributor Sumitomo Corporation for the past 28 years, said the creation of a country office was to respond better to the technical enquiries of its target audience of utility, transportation and telecom companies.

Speaking at the International Smart Grid Expo currently being held in Tokyo, general manager and sales director of Asia Philippe Ulrich said: “If you are closer to the decision makers, you stand a better chance of understanding the requirements and securing the business.”

He said: “The Japanese martket is highly technical, doing a number of things in aviation and digital metering systems that North America and Europe isn’t doing, so you have to have a presence here.”

Saft, which estimates that smart utility applications account for 10% of its global business, is running a demonstration project on Nii-Jima Island, two hours by boat south of Tokyo, which runs on gensets, solar panels and wind power.

[quote] The project, which is using one of Saft’s containerised energy storage system, aims to let the local utility play with the technology to see how they can best apply it, such as less fuel consumption, says Ulrich.

“It’s learning by doing, there is nothing that is written very clearly about how to balance distributed energy and energy storage with demands on your grid.

“Even the most advanced utilities around the world still don’t know the impact of solar farms. It’s extremely difficult to know if your grid is strong, very strong or weak.

Commenting on the opportunity in the local market, Ulrich said: “There is plenty of energy storage already in Japan but they certainly need more as they are missing power production and power capabilty.”

And beyond Japan? “Certainly China, where we are doing a lot of new railway infrastructure projects. Also in Singapore, Hong Kong, Kuala Lumpur. There is plenty of infrastructure that needs to be built in Asia.” 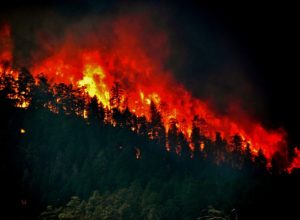