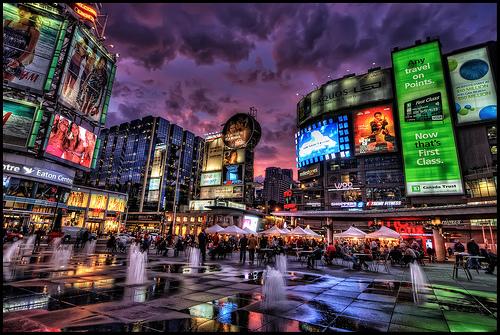 The MoU on smart city technologies includes the two governments designing and implementing a joint action plan to improve urban infrastructure in Maharashtra.

The agreement allows Canadian firms, universities and colleges to collaborate with the Indian state government and the private sector in research, development and implementation of innovative technologies.

The signing of the deal is expected to boost investments by the Canadian government and private companies towards Maharashtra state-led smart city projects.

Through the MoU, the Indian state will also have access to deploy existing IoT solutions developed by Canadian-based technology firms.

[quote] The collaboration is expected to improve economic development and the standard of life in Maharashtra state.

Projects to be implemented under the MoU will be managed by the Consulate General of Canada, the Mumbai Metropolitan Region Development Authority and the Maharashtra Home, Urban Development, Housing, Labour and IT technology departments.

In further news, earlier on this month, India and Sweden announced their agreement to collaborate on smart grid and energy solutions, smart city technologies and electro-mobility.

Other areas for development include waste-to-energy, hydropower, smart metering and solar energy.

According to the Economic Times, the ministerial delegation, including Coal, New and Renewable Energy and Mines Minister Piyush Goyal and Swedish Minister for Policy Coordination and Energy, Ibrahim Baylan, participated in signing the agreements.

The Swedish ministry said it plans to invest up to $3.5 million to ensure grid reliability and improve clean energy adoption in India.

The money will be directed towards research and development of clean energy technologies in India including technologies to simplify integration of renewable energy sources with energy storage systems and grid networks. [German gov committed to smart cities development in India].

The funding falls under an agreement on energy cooperation signed by the two countries in 2010.