The AMI installation is believed to be the largest in the South Asian country.

MTI has manufactured the smart electricity meters and developed the head-end software.

The company will also install the units and maintain them for three years after deployment.

Commenting on the metering rollout, Ali Mohsin, assistant manager business development at MTI, said the proposed solution included features that are unique to the energy sector in Pakistan such as demand side load management, energy auditing, customized reporting and improvement in revenue collection.

Mr Mohsin said: “The energy sector in Pakistan is surrounded with numerous problems such as poor energy management and inefficient distribution system.

“To deal with these, efficient and smart technologies are needed that are designed and customized keeping in view the local requirements and international standards.

He added: “Such AMI Projects will bring in a new era of technological advancements and a paradigm shift in the energy sector of Pakistan.”

US support for energy reform 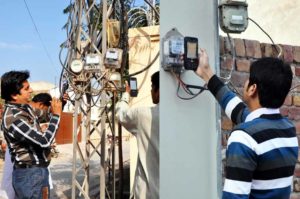 USAID began a meter replacement project in 2010 as part of a five-year Power Distribution Program to improve the performance of Pakistan’s distribution companies by reducing losses and improving revenue and customer services.

The objective of the project is to improve the commercial viability of the discos by improving the accuracy of the energy billed to the customers and eliminating the need to estimate bills.