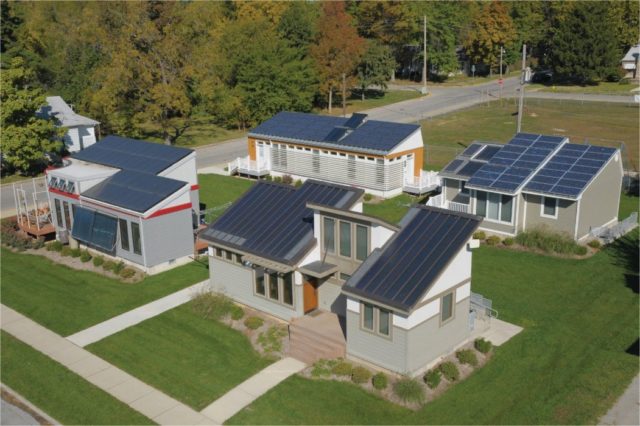 [quote] According to an AusNet release, the community mini grid trial is aimed at demonstrating how homes with residential solar systems and batteries can generate, store and share renewable energy amongst themselves, as a ‘mini grid’ via their local powerlines.

Mr. Ficca reportedly said that AusNet is currently installing the solar systems, batteries and associated communication equipment. He also thanked the community for their participation in the trial.

He said: “AusNet Services is excited to partner with the community to develop systems that may give consumers the choice to share their solar-generated electricity with their communities, potentially lower their bills and support the electricity network.”

The Australian energy company said that it would be focusing on monitoring consumption levels and behaviours for each participating household over the next 12 months.

This is so that individual houses can be disconnected from the electricity grid, operating solely on the solar energy generated and stored in their batteries.

The release adds that AusNet Services’ control system will be utilised to share stored renewable electricity between the homes in the street as a fully functioning mini grid system.

“This project builds upon the learnings gained from a residential battery trial we recently completed, which identified benefits for both consumers and electricity networks, and the need to find ways for both parties to work together to realise these benefits.”

The energy network operator noted that its three-year battery storage trial was undertaken to test how residential batteries can export electricity into the grid. AusNet Services also tested the viability of battery technology to support the network during peak demand times, during unplanned outages, such as storm events, and as a solution that may delay or offset network investment.

The cost of connecting the dots