In Australia, the government of the state of Victoria has commissioned a further independent technical study on the radiofrequency electromagnetic radiation from smart meters to ensure they continue to fall within the safety standards developed by Australian Radiation Protection and Nuclear Safety Agency (ARPANSA).

Researchers will visit 55 sites across Victoria, the only Australian state so far to have updated its analogue units, to encompass a wide range of smart meter scenarios at houses and apartment buildings, including different building materials, meter box materials, taking smart meter measurements both within and outside the house, internal and external antennas, and single or group meters, such as at apartment blocks.

The study, which will begin in August 2014, will also compare measurements from smart meter EMFs to those from household devices that also emit EMFs, such as mobile phones, microwaves, television sets, WIFI routers and computers.

The news comes as an anti-smart meter group in Victoria has registered as a political party – People Power Victoria – No Smart Meters – in response to the rollout, according to local media sources.

The group plans to contest every Upper House seat and some Lower House seats in the upcoming polls in November 2014. 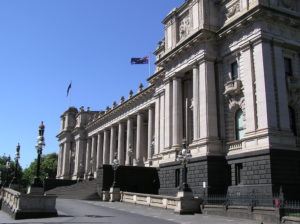 The study, which focused on smart meters in Victoria, tested exposure from the electromagnetic fields generated by the operation of a smart meter, and RF emissions related to the built-in two-way communications.

ARPANSA’s Technical Report 163 stated: “The combination of the relatively low power of the smart meter transmitters, their location on the outside of buildings and the very short time spent transmitting means that the overall RF EMR (electromagnetic radiation) exposure from smart meters is very low and well below exposure limits, even when a number of devices are communicating simultaneously.”

The report went on to say that “the radiofrequency electromagnetic energy transmitted in a single pulse from the smart meter is similar to that from a car remote unlocking fob and much less than a single GSM SMS transmission.”

The Victorian government commissioned the study in 2011 with testing laboratory EMC Technologies. The data was reviewed by Australian Professor Andrew Wood of the Brain and Psychological Sciences Research Centre at Swinburne University of Technology.

Dr Wood’s conclusion was: “I would thus have high confidence in stating that the meters comply with Australian standards in locations normally accessed by the general public even under worst case operating scenarios.”