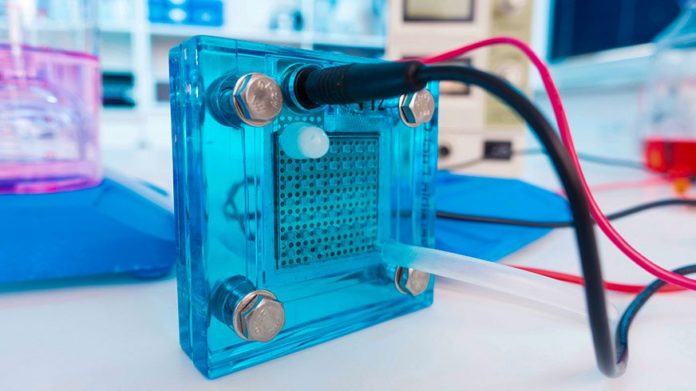 Providence Asset Group has made a $5 million contribution towards the establishment of the research centre at the university campus.

The partnership with GHD is expected to help in the commercialisation of the LAVO Hydrogen Storage Technology invented at the university.

Hydrogen is used to capture surplus energy produced by rooftop solar systems and allowing it to be used as needed.

Related articles:
New battery performance standard developed for Australia
Australia’s energy storage capacity to more than double in 2020
NSW to accelerate the pace of the energy transition over the next decade

The LAVO system will include both a small-scale electrolyser system, to produce zero-emissions hydrogen when powered by excess power from a rooftop solar system, as well as a fuel-cell device to use the hydrogen to produce electricity on demand.

The system will only require a small supply of water, which it will use in the electrolysis process, splitting the water into its hydrogen and oxygen components.

The energy storage system has the potential to store the equivalent of 60kWh of surplus energy, representing a much larger amount of energy storage than is currently available in most residential battery storage systems and would be enough to power the average household for around three days.

Professor Kondo-Francois Aguey-Zinsou of the University of New South Wales, said: “The problem in Australia is we lack the deep expertise needed in consulting firms and industry to advise on the best hydrogen technologies to pursue – not only in terms of quality and product life, but also accurate financial modelling to secure capital investment. HERC’s ecosystem of expertise will overcome these barriers to commercialisation and ensure greater market uptake of hydrogen products.”

Henry Sun, the CEO of Providence Asset, said: “The timing is right for hydrogen as the cost of renewables has fallen quicker than predicted and there is unprecedented political support for this emerging industry.”

Dr Tej Gidda, GHD’s future energy business leader, adds: “This system is a really interesting step forward in the energy transition and we’re proud to be working with such dedicated innovators in the field.”

Hydrogen has emerged as a high potential alternative for zero-emissions energy storage, with a large range of potential uses, including within the electricity system, as well as for transport and industrial fuels.