The New Zealand electricity industry is currently being plagued with a range of issues, such as recurring low hydro inflows, dwindling gas reserves, transmission constraints and limited ability to invest in distribution. On a more global scale, it is becoming apparent (at least from where we sit at the bottom right hand corner of the world) that the electricity industry in most countries needs a bit more central co-ordination than the market structures and mechanisms based on financial markets and products appear able to give.

On a more global scale, it is becoming apparent (at least from where we sit at the bottom right hand corner of the world) that the electricity industry in most countries needs a bit more central co-ordination than the market structures and mechanisms based on financial markets and products appear able to give.

Don’t get us wrong – we’re certainly not advocating a return to centrally planned electricity. We’d also be quick to point out to the critics of energy market liberalisation that cycles of under- and over-investment have occurred just as frequently under centrally planned industry structures.

So… we think it is apparent that we do need a supervisory body of some sort, and that this body is going to need to concern itself with issues far beyond the general competition and price control that generic regulators deal with – issues of absolutely pivotal importance, issues of effectiveness and not just efficiency.

The market structures and processes currently in place have not addressed the issues outlined in the previous paragraph, and failing to fully address these issues reasonably promptly will mean that the lights will go out. Much as we are against a return to central planning, it is becoming clear that the market does need some help.

A recent speech by Energy Minister Pete Hodgson made reference to a “managed market”. This concept fits well with our rather cryptically chosen title, in that the pendulum is swinging from the extreme of the free market back towards the other extreme of centralised planning. Now would be a good time to catch its swing and try to hold it somewhere near the middle, where we can enjoy the efficiencies of the free market as well as the effectiveness of central planning (and hopefully avoid the disadvantages of both).

THE BEGINNINGS OF THE MANAGED MARKET

The beginnings of the managed market in New Zealand (and the implicit assumption that the free market was not addressing key issues) seems to have begun around the year 2000, at which time the electricity industry was instructed by the present Minister to establish a governance framework that would address these issues. In 2001, against the possibility that agreement on a governance framework would not be reached and to provide the ‘threat of regulation’ to encourage agreement, the Electricity Act 1992 was amended to allow the Minister to establish an Electricity Governance Board to regulate the electricity market. Subsequently the industry participants failed to reach agreement on the governance structure when a referendum of industry participants in 2003 did not gain the necessary majority to approve the proposed structure. This failure of industry to self-regulate led to the establishment by the Minister of the Electricity Commission as a Crown Entity on 20 May 2003.

THE SHAPE OF THE ELECTRICITY COMMISSION

The operation of the electricity market under these new rules and regulations began on 1 March 2004. Further clarification of the role of the Electricity Commission will come with the passing of the Electricity and Gas Industries Bill 2003, which is explained in further detail below (this Bill was passed into law on 13 October 2004). The Commission is also required to operate in a manner consistent with the Government’s Policy Statement, which outlines the Government’s expectations for the effective operation of the electricity market and identifies three priority areas:

The Commission oversees all aspects of the electricity market, from generation, transmission and distribution through to consumption. It is governed by a Board of Commissioners. The current chairman is Roy Hemmingway, who was formerly chairman of the Public Utility Commission in Oregon in the United States.

The Commission will be partially funded by the sale of reserve dry year energy on the spot market that has been contracted by the Commission. The balance of its funding will come from a levy (after consultation) on industry participants.

Although the Commission will not be able to set retail prices, many of the decisions it makes will have an impact on the end retail price for consumers.

The Commission has identified five major priority work streams in order to meet its objectives:

The Commission is likely to cost $82.6 million this year – approximately twice as much as industry self-regulation.

WHAT THE COMMISSION WILL AND WON’T DO

The Commission’s principal objective as set out in the Electricity Act is ‘to ensure that electricity is generated, conveyed, and supplied to all classes of consumers in an efficient, fair, reliable, and environmentally sustainable manner’.

One of the major concerns that led to the creation of the Electricity Commission was the need to ensure security of supply in dry years. New Zealand’s hydro-dominated electricity system may deliver cheap electricity, but it is very vulnerable to weather patterns. New Zealand suffered significant shortages of supply in 1992, 2001 and again in 2003 as a result of low hydro inflows, which resulted in extreme price volatility in the spot market and the need for government-sponsored power saving campaigns.

As a result, the Commission has been directed to ensure that the industry operates to a 1 in 60 dry year security standard. It is believed that the current system does not adequately encourage the generation of reserve energy. For this reason the Commission is empowered to contract with generators for the provision of dry-year reserve generation capacity. It will contract by tender for a quantity of new and/or existing generation as a ‘security reserve’ to be set aside or ring-fenced from the market.

The Commission will also have additional powers in its ‘toolbox’ to deliver security of supply, which will be used as a backstop to help it ensure that the market operates as efficiently as possible. These powers will include the ability to set minimum requirements on generators to hold dry year reserves, and long term financial contracts. The Commission will also be able to set minimum requirements on retailers and major users to hold long term financial contracts and/or maintain programmes for reducing demand when spot prices rise. However, this toolbox may only be used as a last resort, after the Commission has conducted a full and proper evaluation of the options and consideration of the costs and benefits.

The Commission will be able to recommend rules and regulations to the Minister (who will no longer be able to act without a recommendation from the Commission) but will be required to follow good process and must consult with affected parties and have regard to a set of objectives specified in the Act.

The Electricity and Gas Industries Bill 2003 will also make a number of other amendments to the regulation of the industry. These include allowing owners of electricity lines businesses to invest in reserve generation without limit as to quantity, and to own ordinary generation totaling 20% of their load up to a maximum of 50MW.
The Commission will also have enhanced regulation-making powers in the following areas: 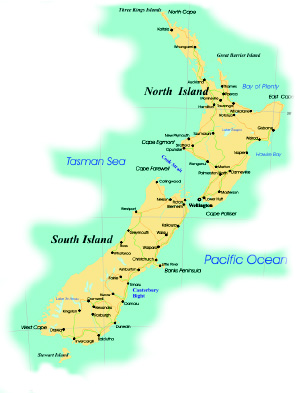 The Commission is also intended to have a co-regulatory role with the gas industry, and may take over complete regulation of this industry and become the Energy Commission if this model is not successful. Other roles are to:

The costs of running the Commission are certainly considerable; however the costs of getting it wrong are likely to be orders of magnitude greater. The Commission is, in our view, going to need to work quickly to ensure that generation and transmission investment is correctly incentivised in the first instance, and secondly that it does actually occur.