Auckland, NZ — (METERING.COM) — July 2006 – The slow uptake of smart meter technology and the apparent lack of incentives for existing market participants to implement this technology in New Zealand are a matter for concern, the country’s Parliamentary Commissioner for the Environment (PCE) has said in its latest annual assessment of the country’s Electricity Commission’s environmental performance.

Commenting on the importance of load management as a demand side option, the PCE says that smart meter technology is becoming more cost effective for customers with smaller loads, and that it is important that the technology is widely introduced in order to allow consumers to better manage their electricity use and respond to time of use pricing signals.

Other load management options include ripple control, which has a long history in New Zealand to manage supply to water heaters, and a load management advisory group has recently been established to determine the country’s optimal load management infrastructure, the report notes.

The PCE also expresses concern about the lack of effective competition in the provision of electricity by the retail market and notes that ownership of metering technology could become a barrier to competition, citing the case of the Commerce Commission’s prosecution of Bay of Plenty Electricity for allegedly refusing to grant access to its meters to other retailers within the region.

As such the PCE considers that it would be more logical for lines companies, independent meter companies or the consumer to own electricity meters rather than retailers. “This would eliminate the possibility of meter ownership being used for anti-competitive purposes,” says the report, noting that this issue is not significant for large users as their metering costs represent a smaller proportion of their total electricity costs.

The Commerce Commission is recommended to consider the impact of meter ownership on the operation of the competitive electricity market, while other concerns on competition, including electricity prices, retailer profits and customer switching issues, must be addressed for the market to operate efficiently.

Commenting on the PCE’s report Neil Walbran, director of Walbran Consulting, says that the recommendation on smart meters “make sense” as “load management, via smart meters or other technology, has significant potential benefits in the New Zealand context for delaying transmission and generation investment by better utilizing existing assets.”

Walbran says he also agrees with the PCE’s recommendation to investigate the barriers to widespread uptake of smart metering but suggests this is best done by addressing the barriers to consumers obtaining the benefits of demand response to prices, including the lack of locational transmission prices and barriers to retail competition.

While the latest proposed transmission pricing methodology is starting to address this issue, barriers to retail competition mean that even if consumers could manage their load, via smart meters, the incumbent retailer has little motivation to offer them a tariff that reflects this benefit as they face little competitive pressure to offer such innovative products, Walbran says.

“The main barrier to retail competition in New Zealand at present is the lack of a liquid hedge market. The Electricity Commission is making some progress here but it is painfully slow.” 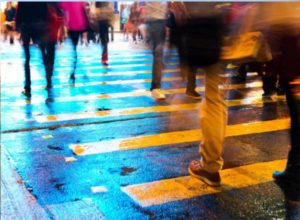