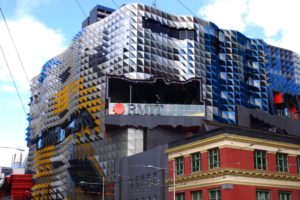 An Australian technology university and Siemens are exploring ways for utility and transportation companies to run supervisory control and data acquisition (SCADA) systems  in the cloud.

The Cyberspace and Security Group of RMIT University based in Melbourne has signed a contract with Siemens for the research project, which began this month, reports The Australian.

The project, managed by Zahir Tari, from RMIT’s School of Computer Science and IT, aims to find “a better method to port the footpath of SCADA into the cloud and guaranteeing all of the requirements of SCADA”.

Professor Tari said big corporations were moving a lot of their applications into the cloud, including SCADA systems but the challenge is “how to build a reliable SCADA infrastructure within the cloud’’.

The collaborative project with Siemens will look to produce a method to port SCADA systems into the cloud and then software to automate the process.

Under the terms of the agreement, the Cyberspace and Security Group has one-year to deliver a path that demonstrates the feasibility of the approach and develop a prototype that Siemens will be able to use themselves, said Tari.

He said: “If Siemens is happy with the deliverables, then the contract stipulates that we will be ­extending to add new functionalities, such as cloud performance and cost-monitoring, porting SCADA across hybrid clouds.”

Tari said real testing would probably take place at the end of the second year with deployment likely in the third year. “Siemens showed clear interest to fund other Cyberspace and Security Group projects, however, the team needs first to deliver the required outputs for this current project.’’