In Australia, results from the Smart Grid, Smart City pilot in the Hunter region were revealed this week, one of the largest commercial-scale trial applications in the world, according to local media sources.

Speaking at a national energy conference, global engineering company Arup said more than AUS$28 billion in net economic benefits could flow to Australia over the next 20 years if smart grid technologies trialled in the Hunter were adopted nationally. 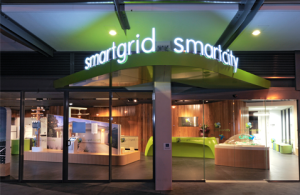 Smart Grid, Smart City, a AUS$100 million federally-funded project, was led by Ausgrid and ran between 2010 and 2014 in the region of New South Wales. It trialled a range of smart technologies for households and with electricity suppliers, including monitoring over 17,000 houses with smart meters and other technology to test usage patterns and weigh up greater energy efficiency.

The analysis conducted by a consortium led by Arup, quantified the potential economic benefits from the mix of smart-grid devices, customer-feedback technologies and dynamic electricity tariffs used in the project.

Richard Sharp, principal and project director at Arup, said: “We estimate total net benefits across the grid in the order of AUS$28billion if the most promising smart-grid technologies were to be implemented nationally. That’s money that can be applied to other infrastructure and services, or shaved off bills for households or business.”

“For example, at the household level, we can use technology to change electricity usage patterns so as to dampen demand at peak periods, reducing capacity requirements over the long term.”

“Given the right mix of technologies, a smart grid is achievable. This means we get more out of our existing electricity infrastructure, and can stage investment in new infrastructure over longer periods.”

The largest economic benefits came from technologies that improved the overall reliability of the network. Specifically, fault detection isolation and restoration technologies, which allowed for rapid detection and repair of network faults, was found to have potential to deliver billions of dollars in benefits if used nationally.

The consortium also found the trial of in-home electronic and online tools for monitoring and adjusting electricity usage in near-real time, coupled with ‘smart’ meters and alternate pricing models, gave households unprecedented control over when and how much electricity they consumed.

This led to a smoothing of consumption over the daily cycle and reduced call on the grid at peak times.

•   Customer applications – residential electricity consumption, reliability, customer behaviour and responses to feedback technologies and pricing models. This included an electric vehicle trial and investigations into the interoperability of electricity metering with gas and water metering;

•   Supporting information and communication technology platforms – integration of various high-speed, reliable and secure data communications network and associated IT systems with the electricity distribution network, including interoperability with the National Broadband Network.

The results of the smart grid trial come as the Australian government seeks to reform regulations governing electricity supply and distribution.

Mr Macfarlane said: “The report shows that these technologies could be used in a way that gives consumers the ability to monitor their energy use and to have greater control over the way they use electricity, including when they access power and at what cost.”

“The full range of issues relating to the energy sector is also being considered in the Government’s comprehensive Energy White Paper process.”