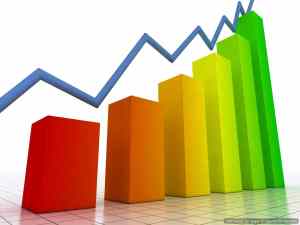 In Australia, energy companies in Victoria have received approval to increase annual smart meter fees by up to 28%, according to local media reports.

While some households will pay a slight reduction in fees, hundreds of thousands of households will have to pay 28% more than in 2014, according to Victoria’s Auditor-General’s office, which is investigating the smart metering system.

Politicians are citing the overspending on the rollout by energy companies for the hefty increases.

Energy minister Lily D’Ambrosio said: “Labor is seeking advice to see if there is an opportunity to appeal this decision to ensure customers are not being ripped off and paying for the potential mismanagement of the companies.”

Energy companies that have overspent on their smart meter deployments have pointed the finger at delays caused by the former Liberal government’s project review, public resistance to the meters’ introduction, shortages of installers forcing up wages, and the delayed introduction of time-of-use electricity tariffs, according to local media reports.

In September 2014, the Australian Energy Regulator also passed new regulations to penalise electricity distributors that had yet to upgrade all customers, adding to their financial woes.

Any distributor that had not attempted to install a smart meter in a Victorian home or small business by June 30, 2014, had to pay the customer a rebate to compensate them for potential savings that would have made through using the energy-saving technology.

The news about the hike in smart meter annual fees comes as the independent watchdog, the Auditor General’s Office, has announced it will conduct an audit of the state-wide smart meter program by June 2015.

In a statement, the office said: “As the … rollout is effectively complete, it is timely to undertake the audit to assess the extent to which deficiencies in the AMI (Advanced Metering Infrastructure) program have been addressed, and whether benefits for consumers are being realised.”

Reports estimate that the total cost of the rollout of 2.8 million smart meters in Victoria could top AUD2.4billion (US$1.9 billion).