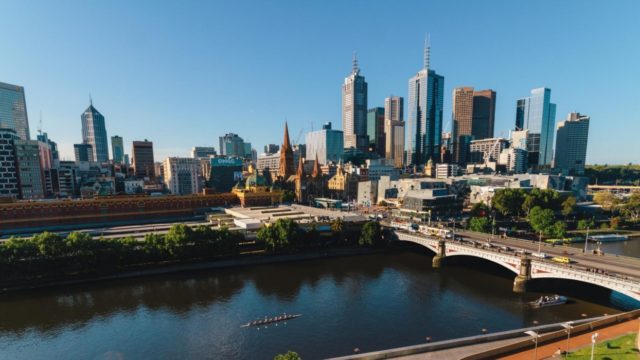 Leaders in the City of Melbourne have announced plans to transform the metropolis into a smart city ahead of an expected population boom over the next 35 years.

Melbourne city officials are planning to hold talks with other representatives from San Francisco, Tel Aviv and Amsterdam who will offer advice and share experiences in smart city development.

The city’s chief technology officer and smart city manager, Michelle Fitzgerald was reported saying: “Over that period of time, global temperatures will continue to rise, which will have implications for infrastructure and liveability. Our mandate for the City of Melbourne is to start with the perspective of our users or customers of the city — our residents, rate-payers, students, workers, visitors, business owners — by saying, ‘what can smart cities do to improve the livability, prosperity and sustainability for our city for them?’”

Fitzgerald added that the Internet of Things is at the centre of Melbourne’s smart city plans, and she is convinced that the deployment of smart and connected services will ultimately benefit the city.

According to ReadWrite, the garbage waste service in Melbourne is currently using IoT technology, which alerts drivers when the truck is 70 per cent full.

Melbourne has implemented a LED street light project which is aimed at reducing the amount of electricity required to make streets brighter at night. The streetlight network have sensors embedded, which indicates where more light is needed and at what times.

The city is also considering use of driverless cars, wearables, artificial intelligence, and big data. City officials envision a environment where startups work with universities and large corporations to implement smart city plans.

In another recent announcement, the Australian city of Adelaide has formed a university-led consortium, which bringing together government, the academic sector and private sector to develop a “living” lab for which to test smart city technology. [Adelaide poised to become Australia’s first smart city]

Professor Ali Babar, Professor at the University of Adelaide told The Guardian in an interview: “Adelaide is small enough to use as a laboratory but large enough to undertake ambitious initiatives.

“A proof of concept can be developed and tested here.”