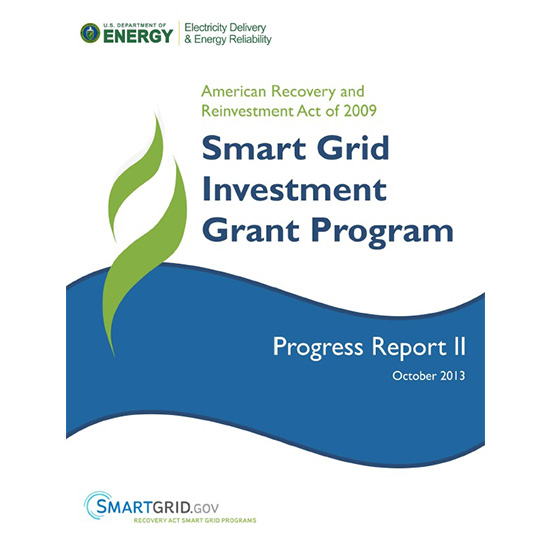 As of March 31, 2013, total spending on the 99 Smart Grid Investment Grant (SGIG) projects in the United States had reached approximately $6.3 billion, as more than three-quarters of these projects had completed more than 70% of their tasks.

This is according to the latest SGIG program progress report, which reports that the Department of Energy (DOE) had reimbursed recipients more than $3 billion, representing more than 90% of the total SGIG funds. Total expenditure at completion is estimated at $7.9 billion.

Of this expenditure, the majority, over $3.9 billion so far, has been on advanced metering infrastructure (AMI), while $1.5 billion was on distribution systems, $0.4 billion on transmission systems, and $0.5 billion on customer systems. Of these categories the AMI is the most complete – with 14.2 million smart meters installed out of a total 15.5 million – while customer systems, which depend on AMI installations and sometimes regulatory approvals, are lagging somewhat.

The 60 page report presents a range of information about the SGIG projects with more detailed insights on more than 20 of the projects.

Some of the program findings are:

According to the report, the majority of projects are expected to complete equipment installations in 2013 and continue data analysis and reporting through 2015. However, because of extenuating circumstances (e.g. weather-related delays), a one-year extension has been granted to certain projects, which should complete installations by 2014 and continue reporting through 2016.