Europe has always seen itself as being in the vanguard of the fight against climate change. But as we head towards December’s global talks in Copenhagen, it is becoming clear that other markets are likely to make significant commitments to lower carbon emissions. In some cases, they are also signalling firm support for the infrastructures needed to reduce greenhouse gases.

Ever since President Obama alluded to smart grids in his inaugural address, it has been evident that Europe will not necessarily lead the world in the development of the next generation electricity networks that will play a crucial part in the move to a low carbon economy. So the question facing Europe’s electricity utilities and governments is how to accelerate investment in smart grids. 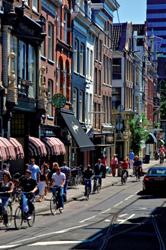 THE CLIMATE CHANGE CHALLENGE
If Europe is to meet its 20/20/20 goals, it must generate well over 30 per cent of its electricity from renewables. That is more than triple today’s levels. Judging from the published investment plans of Europe’s largest energy companies, Europe will undershoot that target by 40 per cent. But of course, some countries in Europe have given themselves even tighter targets. The UK aims to reduce its carbon emissions reduction by 34 per cent against 1990 levels by 2020. In June, the Scottish Parliament voted for a 42 per cent cut in emissions.

A massive increase in wind power and other renewables is expected to contribute to the supply side of the equation in many markets. Meanwhile, smart grids are officially recognised as playing a role on the demand side. The plans for mass rollouts outs of advanced smart meters are clearly a major step forward in achieving our ambitious climate change goals. But those deployments would clearly be enhanced if a smart distribution network was on hand to support demand management and enable households to return excess capacity to the grid.

REGULATORY REGIME CHANGE
In truth, up front government financial support is not the answer to Europe’s smart grid gridlock. If we are to make smart grids a reality, policy makers must face an inconvenient truth: under the rules of today’s liberalised market, there is a limited financial case for a utility to build a smart distribution grid. Currently designed to encourage utilities to reduce unit costs and prices in a competitive market, particularly in countries such as the UK, investment regulations discourage long term outlays in major capital projects by preventing investors from making a reasonable return.

The relative risk profile for smart grid investments, given the technology and delivery risks that come with relatively immature suite technologies, will require policy and regulatory frameworks that allocate risk to the parties that can diversify it most effectively. This may mean creating frameworks that allow risk to be shared between customers (either through their utility bills or taxes) and shareholders so that risks and rewards are balanced at the lowest total cost to the customer.

CITIES AS CATALYSTS
It is clear that these national regulatory regimes require urgent review. But we must also remember that local policy and action will mark the difference between success and failure, both on climate change targets and on infrastructure investment incentives. The majority of the world’s population lives in cities and urban areas account for 71 per cent of global emissions, putting them at the front line of the battle for a low-carbon economy. If urban environments are to be sustainable in the long-term, it will be critical to develop scalable, secure and reliable communications and power grid networks that will become the backbone for a much broader suite of advanced and low-carbon technologies. Cities, as centres of consumption, will also become the focus for energy conservation and efficiency, and smart technologies will enable new products and services to be offered to help consumers manage energy needs, whether at home, at work or in transit. 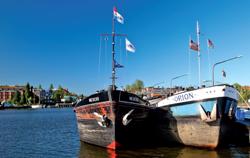 AMSTERDAM SMART CITY
The City of Amsterdam has given itself the target of reducing CO2 emissions in 2025 by 40% compared to 1990. This ambitious plan requires a reduction of 2485 kilotons of CO2 from the 1990 level. Smart grids and meters will be an important part of the strategy to meet those targets. But the Amsterdam Innovation Motor, charged with the task of saving energy, is working with local utility, Liander, to realise the Amsterdam Smart City vision by putting in place a more comprehensive range of projects to support sustainable mobility, working and living. The initiative demonstrates that smart meters and grids must be integrated with wider changes in the way people live, travel and work if consumption habits are to be transformed.

City authorities, such as those in Amsterdam, are in the best position to bring together the various public sector bodies that must collaborate for success. Uniquely, cities can also pull together consumers and businesses associated with energy, transport and other services to form a coherent plan of action. For instance, only cities can bring together all the parties needed to make a mass roll out of electric vehicles financially viable.

Accenture analysis demonstrates that – national regulatory constraints aside – the active role of cities can transform the incentives for the private sector to invest in smart grid infrastructures. This is due to the incorporation of smart grids into a broader set of initiatives, and the consequent alignment of financial and societal costs and benefits.

Accenture calculates that a smart grid will cost approximately €295 per household for a large European city. Over a 15-year period the private sector would face a deficit of €70 per household it was to invest alone. But through collaboration with city authorities, the addition of societal and public sector benefits can be added, such as reduced carbon emissions, reduced demand and lower energy costs. In our model, these transform the business case, creating a net benefit of €95.

Amsterdam has put in place Europe’s most ambitious plans to exploit a range of smart technologies to improve energy efficiency, by bringing together a large number of public and private sector players. Over a two year period, 15 sub-projects will be set up in four different areas: Sustainable Work, Living, Mobility and Public Spaces. The first projects are already in preparation. Since June, the public space of Utrechtsestraat has begun its transformation into the most sustainable shopping street in Europe in cooperation with the local entrepreneurs. The project includes solar powered bus stop displays and electrically powered dustbin vehicles that will bring 57 per cent reductions in CO2.

As part of Sustainable Work, the prestigious ITO tower in the Amsterdam Zuidas area will also be made sustainable with the help of the latest smart building technology. The 38,000 m2 office space will be subject to detailed data analysis in the coming months. The installation of an energy management system, including a network of sensors, will monitor energy use and help manage lighting, heating, cooling and security systems.

As an element of Sustainable Mobility, preparations are being made to install approximately 70 electrical charging points in the port of Amsterdam so ships can use green energy instead of relying on their polluting onboard diesel generators.

To support Sustainable Living, 728 residences in the Geuzenveld district will be provided with energy-saving tools based on smart meters. The intention is to link up 200,000 homes, or almost one-third of the city’s housing units to smart meters by 2011.

In the coming months, the creation of a ‘virtual power plant’ will use grid technology to bring together the electricity generated by distributed sources of solar, wind and biomass power. The aim is to add as much as 200 megawatts of renewable energy to Amsterdam’s generation capacity.

Amsterdam will also benefit from a gradual introduction of electric vehicles. 300 charging points will be installed in public spaces over the next two years, providing enough power to support 10,000 electric vehicles. 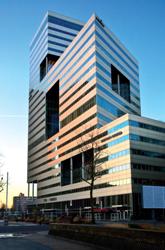 ONE SIZE DOES NOT FIT ALL
While Amsterdam may be setting the standard in Europe, other cities have also similar plans. In Boulder, Colorado, Accenture is working with Xcel Energy to deliver a mass rollout of smart meters. Since the summer, 60,000 homes have been connected and data analysis is under way to understand consumer behaviours. By cutting usage by 2.5% Boulder is likely to reduce its carbon emissions by 1 million tons per year. And if it is able to use the smarter infrastructure to reduce power outages by 20%, it will save another 500,000 tons in carbon emissions.

But no one city is the same. As highlighted in a paper recently published by Accenture and the World Economic Forum, not only will the different state and configuration of legacy networks have an impact on smart grid rollouts, but the unique vision and needs of cities will determine their design and scope. Singapore is an example of a self contained economy with acute energy security and substitution needs, coupled with advanced infrastructure and well integrated government. India has an altogether different driver for smarter infrastructure, given that the commercial and technical losses from power lines equate to 1.5% of the country’s GDP. Other locations, such as New Orleans, face extreme environmental conditions that demand specific intelligent solutions in transmission and distribution. And if California hopes to lead in the adoption of electric vehicles, the particular pull on the network requires a unique design of a two directional grid.

BEYOND THE FISCAL STIMULUS
In the midst of the economic downturn, we have seen some governments around the world offer financial support for smart grids as part of fiscal stimulus packages. But this support can only run so long and there is a danger that, beyond these packages, utilities will be expected to bear the cost of investments. The long term need is therefore for utility regulators to review their utility investment regimes to encourage private sector investment and for city authorities to step forward to initiate local programmes that can align commercial and public interests.

If Europe’s energy industry and policy makers work together to progress these developments, they will accelerate smart grid deployments while minimising costs to taxpayers and consumers.

In doing so, they will improve their chances of reaching those ambitious emissions and renewables targets that currently look unachievable.