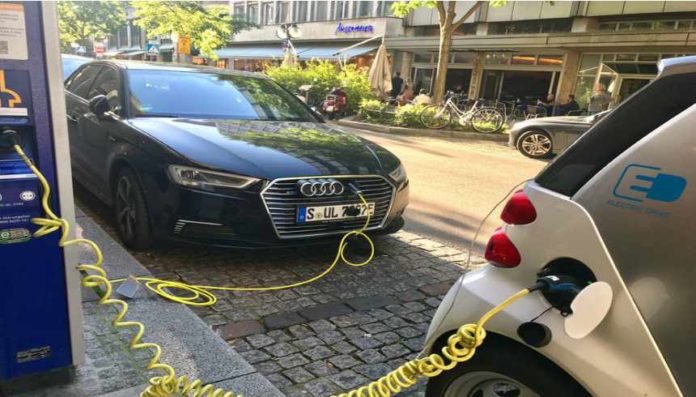 German-based automaker Audi has launched a pilot on how solar energy and electric vehicles can be used to stabilise the main grid.

The pilot is being implemented in Ingolstadt and Zurich. The trial project includes the integration of automobile, smart home and clean energy technologies to form a virtual power plant. The pilot is the first the Audi Smart Energy Network interacts with the energy grid, according to a statement.

The smart energy technology is used to monitor, control and regulate energy generated from solar in line with energy demand from electric vehicles, households and heating systems.

The on-site battery energy storage systems are used for temporary storage of smaller amounts of energy to balance fluctuations between power generation and consumption. This in turn helps consumers to optimise internal energy consumption and improve energy management, while cutting their power procurement costs.

The pilot forms part of efforts by Audi to develop and offer services that involve interaction between cars and the environment.

Dr. Hagen Seifert, Head of Sustainable Product Concepts at Audi, said: “We are looking at electric mobility in the context of an overall energy supply system that is increasingly based on renewables. We are playing a pioneering role with the prequalification of the balancing-power market – enabling producers to feed power into the grid, as part of the pilot project. That is now for the first time also possible down at the level of individual households, which helps balance the entire power grid.”

The news follows an order made to Audi by Germany’s KBA automotive watchdog for the automaker to recall 127,000 vehicles. KBA has detected illicit emission-control software in Audi’s latest Euro-6 diesel models.

“The engine control software for the vehicles in question will be completely revised, tested and submitted to the KBA for approval”, according to a statement issued by Audi.