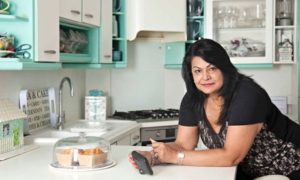 The dual-fuel utility challenged 14 homes to be more energy efficient using new British Gas smart meters and smart energy monitors in what was the most detailed study undertaken by British Gas into the way advanced meters can influence customer behaviour.

The households took part in the British Gas Smart Meter Challenge over 10 weeks, doing a series of experiments to see how energy efficient they could be using smart meters and in-home displays.

The study found that participants used 6% less gas and 7% less electricity than homes without smart meters.

It estimates that if each household continued with this energy-efficient behaviour, they would save 6% or an average of £66 off their annual energy bill.

At the start of the 10 weeks, seven out of 14 households agreed they would like to be more aware of their energy use, but didn’t have the time to worry about it. At the end of the challenge, none of the households had this concern as they felt educated and able to see exactly what they were using, the report said.

The second main finding was how little control the households felt they had over their energy consumption before the challenge with just one out of 14 feeling in control of their gas and electricity use.

The report said all the households were “pleasantly surprised” when they realised they only needed to make small changes to make a real difference to their consumption and cost.

Challengers found one-off actions, like turning off radiators in rooms they didn’t use, or turning down the water temperature a couple of degrees, were simple, quick actions that helped them be more energy-efficient.

And the last finding was before the Challenge, households felt energy hadn’t kept pace with other things in their lives: for example, using apps to monitor how many calories they ate, or the number of steps they took in a day.

This significantly changed by the end. At the start, only five out of 14 households felt it was very easy to take gas and electricity readings but by the end of the Challenge this had risen to 13 out of 14 households, stated the report The National Smart Meter Challenge: redefining our relationship with energy.

The news comes as the UK’s smart meter rollout is facing a major set back after the central data office says it cannot meet a start date of 2015.

UK newspaper The Daily Telegraph reported yesterday that Data Communications Company (DCC), which is in charge of gathering and processing smart meter data, has admitted there is “no feasible way to maintain the timescales of the current… plan”.

A spokesman for the Department of Energy and Climate Change (DECC) confirmed that the start of the main installation programme would be delayed from 2015 until October 2016.