UK energy giant British Gas is into the third week of its Smart Meter Challenge, which aims to demonstrate the effectiveness of in-home displays in changing consumer behaviour and prompting energy savings.

The energy company is running a commercial deal with The Guardian newspaper to feature blogs from four of the 15 households taking part in the publicity campaign. 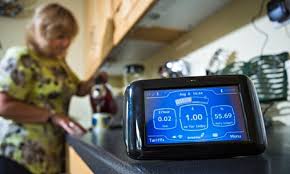 Deborah Auton, who lives with husband Brian, and two teenage children Amy and Ben in a 120-year-old, four-bedroom house in Cardiff, said in her Week Three diary:

“I’ve been playing energy detective this week, working out which of our appliances are costing the most.

“I thought that the blender would use a lot of electricity, but it only came up as an extra 5p per hour, even on the highest setting. The radio was only a penny per hour, but when I put the CD player on it was 4p. But the grill was 40p an hour! That surprised me. Not that you’d have it on for an hour, but that was the most expensive of all the appliances.

Ms Auton adds: “This exercise has really helped us realise what’s costing us money, so we are trying to make changes. We’re only putting the dishwasher on when it’s really full, and I’m switching it off – we realised that when it finishes its cycle it doesn’t switch off, so before it was constantly on!

“We’re certainly going to stop charging things overnight, as they just don’t need to be on all night – I’m trying to persuade my husband to stop doing that so we can all get out of the habit.” 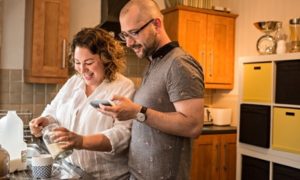 Another of the participating families is Carly and Daniel Welsh, who live in a three-bed Victorian terrace in South Manchester.

“The main things that drive our purchasing decisions are generally price and people’s reviews of the product. I would never look at the energy efficiency rating of a product. But in the future, we definitely will.

“But while we looked at the price of the product, what we haven’t been taking into consideration is the running costs of an appliance. When you think that you’ll probably have a new fridge for 10 years, you need to look at the initial capital outlay and the ongoing cost.

They added: “Doing this experiment with the smart meters, and seeing the power that different appliances use, has really made us think about how we buy them in the future, and the criteria we use when we buy something new.”