London, U.K. — (METERING.COM) — March 30, 2010 – There is a need for much better dialogue with the general public in the U.K. to promote low carbon energy generation and related infrastructure and furthermore, the government must engage with the public on the benefits of smart metering and a smarter energy network.

The report notes that the development of low carbon technologies will require a significant degree of support from both the public and private sectors. However, they also have the potential to make a very significant contribution to economic growth and job creation in the U.K. The global market value within the low carbon and environmental goods and services sector was £3,046 billion in 2007/8, of which the U.K. share was 3.5%, or £106.7 billion, while there were 881,000 “green jobs” within the UK in 2007/08, which could potentially grow to over 1.27 million jobs by 2015.

The report says that while the government’s green stimulus over the past year amounts to approximately £1.4 billion, there was almost universal disappointment with the level of funds committed to green initiatives. In particular, it was felt that the government should have done more to support energy efficiency, an area that is amongst the lowest cost options for reducing carbon dioxide emissions.

The report notes that a detailed smart grid route map is being developed in collaboration with Ofgem and industry representatives. However, as the government has stated in its recent discussion paper, “Smart Grids: the opportunity,” that smart meter policy decisions and investment must take into account the goals of a smarter grid system, in particular regarding decisions on smart meter functionality and communications infrastructure, a fully integrated smart meter and smart grid implementation plan should be produced that takes these issues into account.

The report also recommends that all smart grid communication technologies should be given the opportunity to demonstrate both their strengths and weaknesses as a universal smart meter implementation program is developed, and it does not advocate picking or favoring specific communications technologies for the smart grid and smart meters at this stage. However, in light of the target to rollout smart meters to every home by the end of 2020 and the wider greenhouse gas emissions reduction targets, there is no time to waste in assessing these technologies and the 872-876 MHz and 917-921 MHz frequency bands – chosen by utilities in other leading countries – should be reserved immediately for smart grid and meter communications. The result for U.K. consumers and energy providers can only be increased choice, greater innovation and lower prices and the country must not be at a disadvantage compared to countries that are quickly moving forward with smart grid communication technologies.

Commenting on the report the CEO of the industry body BEAMA, Dr Howard Porter said that the industry is ready to help government meet its carbon targets.

“This is the only real route to ensure that improvements to products and systems can be delivered on the scale required. Government must take onboard the recommendations for fuller engagement with industry,” said Porter, adding: ““Only real smart metering enables the smart grid aspiration to become reality so let’s use policy to pick the ‘low hanging fruit’ for smart installations.” 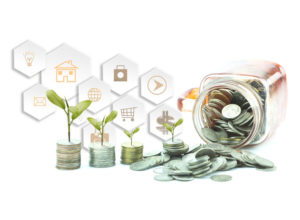