London, U.K. — (METERING.COM) — October 22, 2007 – energywatch, the Energy Retail Association (ERA) and Utility Week have joined forces to call upon the U.K. government to turn its promise to bring smart meters into UK homes into a detailed plan of action to deliver the goods.

At a recent event in Westminster, energywatch, the ERA and Utility Week launched the Look Smart campaign. The partnership calls on the government to act decisively and end the uncertainty around smarter metering. Government should:

Smarter metering automatically sends energy use data to the supplier and keeps the consumer up to date with information on the energy consumption in their home.

Allan Asher, Chief Executive of energywatch, said: “Three in every four complaints to energywatch are about billing and metering. Smart metering could make estimated bills and the frustration they bring a thing of the past. By mandating the introduction of smarter metering the government could improve the lives of millions of consumers – yet it is dithering. We still do not have a road map of when or how Britain’s consumers are going to get smart, up to date and usable information on their energy use.”

Duncan Sedgwick, Chief Executive of the Energy Retail Association, commented: “Now is the golden opportunity for the government to give us the green light to roll out smart meters across Britain. They will radically change the energy industry and put customers in the driving seat. We hope that an unambiguous mandate – to fit smart electricity and gas meters in every home within ten years – will be the conclusion of this public consultation period”.

David Taylor MP, hosting the launch event, said: “Smart meters will revolutionize the way people use energy in the home, to the significant benefit of our environment, energy suppliers and consumers. The commitment to smart metering in the Energy White Paper shows that the Government is convinced of these benefits and is working toward the speedy introduction of smart meters that the Energy Services Directive rightly demands.

"The Look Smart event is a timely opportunity for stakeholders to discuss how best to work together to, amongst other things, persuade the government to mandate the introduction of smart meters, so that the industry can then get on with rolling out this socially and environmentally progressive technology."

The government is consulting on the introduction of smart meters. energywatch and the ERA are urging stakeholders to support a national smart metering rollout by responding to the Department for Business, Enterprise and Regulatory Reform (BERR) consultation paper which ends on 31 October. 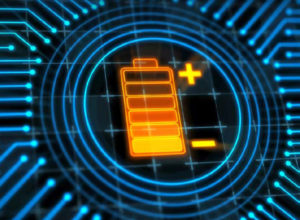