According to PV magazine, an Inven Capital spokesperson cited Sonnenbatterie’s competitive costs of its energy storage solutions as the primary reason for its investment.

“Its prices are some 30% to 50% below other solutions available in the market, which represents a major competitive advantage for Sonnenbatterie.

“It had thus far sold some 8,000 intelligent energy storage systems and its sales have more than doubled year-on-year,” said the Inven Capital spokesperson.

In a statement released by ČEZ, it said that it was looking for acquisition opportunities in the ‘new energy sector’.

In a recent interview, managing director of Inven Capital, Petr Míkovec said: “Formally, the fund was set up in the Autumn of 2013. But last year we were setting up the team and doing the housekeeping to start working.

“Since then, we have seen around 160 firms. I would say 60% are from abroad, from the EU, Germany and such countries and 40% from the Czech Republic and Slovakia.”

The Czech utility said that through its investment in Sonnenbatterie, it would be “fulfiling one of the core pillars of ČEZ’s strategy, which is to develop [its] activities in decentralised energy and renewable sources. It is also a major milestone in implementing [its] growth plans in Germany and Central Europe.”

“We plan to offer these solutions to millions of ČEZ clients in the future in line with our strategy.” 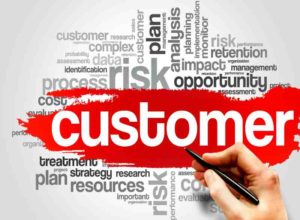