Brussels, Belgium — (METERING.COM) — January 12, 2007 – Europe’s gas and electricity markets are inefficient and expensive and consumers and businesses are losing out, the European Commission (EC) has found.

In its report released last week following an inquiry into energy sector competition, the EC said that particular problems include high levels of market concentration, vertical integration of supply, generation and infrastructure leading to a lack of equal access to, and insufficient investment in infrastructure, and possible collusion between incumbent operators to share markets.

In particular key findings are that in many energy markets the incumbents have high market shares in their respective markets, and there is also a high degree of vertical integration, with insufficient unbundling of network and supply activities. In addition there is an absence of cross-border integration and cross-border competition.

The inquiry was launched to investigate a perceived malfunctioning of the market, with its failure to achieve all its objectives, following its opening to competition and the creation of a single European energy market.

In its report the Commission said that in order to address these issues it will make full use of its powers under anti-trust and merger and state aid control rules to tackle individual cases. It also commented that requirements to achieve a competitive European-wide energy market include unbundling of distribution and generation interests, perhaps with a full Independent System Operator, and a strengthening of the regulatory environment.

At the presentation of the report EC competition commissioner Neelie Kroes described the findings as “disappointing” and stated that the report would not be “the end of the story, but more the beginning of a new one”.

On the same day the Commission also released its energy policy and reviewing the energy market, called on the European Council and Parliament to commit to the measures to make its potential benefits a reality.

The European Union’s energy demand is rising by some 1.5% per annum and the energy policy is aimed at diversifying energy sources and reducing greenhouse gas emissions by at least 20% by 2020. 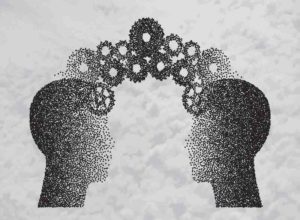