However, Dutch energy companies seem reluctant to invest in this technology on a large scale, despite several successful pilot projects. As a first step towards the development of a national policy on this subject, the Dutch Ministry of Economic Affairs asked KEMA to carry out a cost-benefit analysis of the introduction of smart interval meters for all residential customers in the Netherlands.

Smart energy meters are a topical subject. Projects involving the large-scale introduction of smart meters are underway or planned in various parts of Europe. Advantages often attributed to smart meters include the streamlining and rationalising of processes within energy companies (leading to fewer customer complaints at call centres about incorrect meter readings), the ability to disconnect people (e.g. in cases of default), easier fraud detection, and, last but not least, energy savings through regular (e.g. monthly) feedback of consumption data.

The technical feasibility of automatic meter reading (AMR) within the residential sector has already been demonstrated in various trials. In the Netherlands, the grid operating company Continuon carried out a successful trial which involved the remote reading of energy meters in several hundred homes. Continuon has decided to install telemetry equipment in roughly 100,000 homes in early 2006.

Oxxio, a new player in the Dutch energy market and recently acquired by the British company Centrica, is also planning to fit smart meters in Dutch homes over the next two years.

In the Netherlands there are roughly seven million homes. Clearly, therefore, there is a long way to go in terms of introducing telemetry to the country’s residential energy supply sector. The main reason for the slow progress to date has been uncertainty regarding the initial cost of a smart meter and the associated metering infrastructure, regarding the precise benefits obtainable, and regarding the distribution of costs and benefits between the various parties. Uncertainty about the regulatory climate – in particular, whether there will continue to be a free market for the metering of low-volume users – has also been a factor. Clarity regarding the latter point should at least be forthcoming by the end of 2005.

ADVANTAGES OF SMART METERING IN THE NETHERLANDS

The Dutch Ministry of Economic Affairs is very enthusiastic about smart meters – mainly because the government sees such meters as a prerequisite for the introduction of demand response mechanisms. These mechanisms involve consumers acting in a way that reduces and/or shifts demand in response to, for example, a price incentive. The Ministry believes that demand response will promote efficiency and increase the security of supply during shortages.

Demand response may also bring about a structural reduction in the demand for power. If price incentives were offered and domestic consumers were provided with power consumption data on a regular basis, demand could probably be cut permanently by several percentage points. Even without smart metering, variable pricing may offer significant energy conservation potential. And the smart metering data infrastructure can also be used to control residential appliances in order to shift loads.

In order to obtain greater insight into the main obstacles to the introduction of smart meters, the Ministry of Economic Affairs commissioned KEMA to analyse the costs and benefits of setting up an extensive smart infrastructure for domestic gas and electricity metering. To make this analysis possible, we developed a new economic model, to serve as the starting point for the development of policy and/or the formulation of business decisions.

Answers to these questions are necessary to arrive at an informed opinion regarding the introduction of smart meters in the Netherlands’ energy sector. It was therefore important that the cost-benefit analysis should be transparent and consistent with the actual practices of the market players.

The model has a flexible structure, with a separate sheet devoted to each cost item or benefit. Each sheet defines the cost item or benefit concerned, identifies the market players involved with it and sets out the parameters that influence it. The model is sufficiently flexible and robust for individual parameters to be adjusted or further cost items or benefits to be added in order to generate policy support information or perform company-specific analyses. Among the key features of the model are its transparency and its consistency with the actual practices of the parties concerned. Using this economic model, it is possible to calculate a total net present value for each cost item and each benefit, for each party. From the Ministry’s viewpoint, this is particularly important as a means of ascertaining whether the burden of and payback for introducing a smart metering infrastructure are fairly distributed.

No attempt was made to perform a comprehensive costbenefit analysis for individual market players, taking account of factors such as company image and customer retention. What the exercise did address was social costs and benefits, such as the length of time that people spend waiting for a meter reader to call and the reduction in national CO2 emissions because of smart meter-induced energy savings. Each item was expressed in terms of social costs, in order to allow for its inclusion in the economic model.

For the purpose of the study, a reference scenario was defined. This scenario was based on a number of assumptions, such as a migration period of ten years, the installation of smart meters for both gas and electricity and a mix of communication infrastructures (40% of communication via power line carrier, 40% via the Internet and 20% via GSM or GPRS.

The calculations show that in addition to the capital cost of buying and installing the meters, creating the infrastructure and setting up the business processes, the use of monthly (paper) billing has major financial implications. The economic benefits consist mainly of savings in call centre costs and competition-driven price reductions associated with more straightforward supplier switching. The results indicate that only domestic consumers would benefit from the introduction of smart meters in the Netherlands, partly as a result of lower rates of energy consumption. The other market players would lose income from, for example, the sale of energy or taxation, or would incur costs in excess of the income generated by the introduction of smart meters.

On a net present value basis, the reference scenario yields a positive balance of 1.3 billion euros. If this is compared with an alternative scenario, in which traditional meters are replaced by smart meters only at the end of their service lives, the project still yields a positive balance of 410 million euros. The bottom line, therefore, is that for society as a whole the project is viable.

A sensitivity analysis was also performed to indicate which parameters had the greatest influence on the financial result. Such information is useful, since it can identify focus areas for policy support. Under the reference scenario, the critical parameters proved to be the assumed energy price reductions associated with the introduction of smart meters, the cost of GSM/GPRS communication and the quantification of call centre savings. Closer study of these parameters would therefore be advantageous.

The economic model has been used to shed light on the costs and benefits of creating a smart infrastructure for domestic gas and electricity metering. From the social viewpoint there is a strong business case for such a move. The question therefore arises – how might the government set about promoting the introduction of smart metering? The prospects for a successful introduction would be enhanced by clarification of the regulatory regime that is to apply to the domestic metering market in the Netherlands. The researchers understand from their contacts with market players that uncertainty as to whether or not there is to be a free market is preventing interested parties from committing themselves to capital-intensive projects.

However, the nature of the regulatory regime ultimately adopted does not affect the findings of this analysis, since the model simulates the metering process, which is independent of the implementing party. The researchers also believe that the effects of the baseline situation definition and of the uncertainty associated with certain parameters warrant further consideration. It would be beneficial to look more closely at the scope for using policy instruments to reduce the imbalance in the  distribution of costs and benefits amongst the market players. 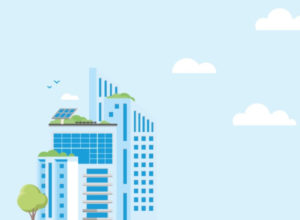 Prosumers in Europe a growing trend