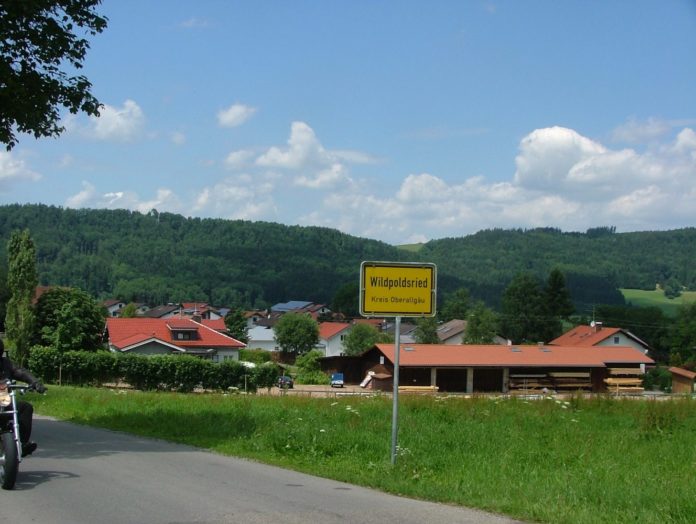 Wildpoldsried is a municipality in the district of Oberallgäu in Bavaria in Germany which generates 100% of its energy from renewables.

The Mayor of Wildpoldsried was a guest speaker on a panel discussing how the municipality’s energy model could be adapted to the African landscape.

[quote] According to the Mayor Arno Zengerle, the town generates for times more electricity now than it did prior to introducing robust renewable energy infrastructure. The municipality generates its power and heat from wind, solar, wood and biogas – making up 55% of its heat distribution network. The majority of its energy is generated from wind. The town also boasts 250 solar paneled homes.

Zengerle added that the surplus of energy that is generated and fed back into the grid, in monetary terms, is worth 8.8 million Euros.

The town began to consider its 2020 infrastructure plans back in the late 1990’s, with renewables being a key priority in its long-term development plans. The plans were based on a community vote to garner citizens thoughts about the town’s plans and whether it would have the support of its citizens.

Also on the panel was Ayanda Nakedi, ‎Senior General Manager – Renewables Business Unit at Eskom which reiterated the point that there lacks a concept of ownership, where communities in Africa are yet to understand the responsibility of a self-sustaining energy model. She maintained that renewable schemes on the scale of the one in Wildpoldsried, should be driven by the utility and facilitated through a ‘green tariff’.

In an interview with ESI Africa, the Mayor said: “At the moment Wildpoldsried produces 650% percent renewable energy (electricity). The most energy  – generated from windmills, biogas, solar – is sold to AÜW (Allgäuer Überlandwerke), the electricity supplier in our region. We are not off the grid.

“But the situation, having so much renewable energy, was the start of the research projects called IRENE and IREN2. With the IREN2 research project, we are studying the operation of the microgrid as an isolated application – disconnected from the main grid.”

He added: “Germany introduced a new feed-in tariff under the Renewable Energy Source Act of 2000 – called EEG (the Erneuerbare-Energien-Gesetz). The EEG made it economically viable for residents, small businesses and entrepreneurs to get into the renewable energy business, especially solar. But the feed-in-tariff is staggered downwards.

“For example: If you build a solar panel in 2004 – the energy company has to pay 54 cents (Euro) for every kWh for twenty years. Now, if you build solar, the company has to pay 12,7 cent/kWh.  So it´s better to use your own electricity and only sell the excess – It is even better to save the excess in a battery.  The municipality of Wildpoldsried pays benefits to several projects for energy saving. The municipality publishes this comprehensive information for its residents.”