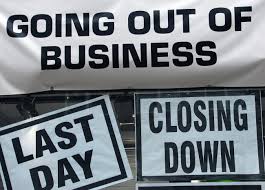 It has been a hard year for the UK energy retail market, with ‘challengers’ to the Big Six retailers, in particular, being affected. According to the latest figures from Ofgem, there are currently 73 active licensed suppliers in the UK (as of June 2018), compared to 60 at the same time last year. The regulator is confident that competition can save consumers as much as £320 by switching from a ‘standard variable tariff’ to the cheapest tariff on the market.

Yet, despite these positive sentiments, complaints of bad customer service and requests for intervention from Ofgem are an indication of the challenges faced by retailers, with nine falling foul of unsustainable market conditions and shutting their doors over the past 12 months.

The cut-throat nature of the retail market has been blamed for many of the closures, along with an inability of many of these companies to hedge ahead and forward purchase in order to secure sufficiently competitive prices.

The past 18 months have also seen a significant number of mergers and acquisitions, as smaller retailers are absorbed into bigger entities able to provide some of the necessary stability of a large customer base, the kind of stability required for a sustainable growth trajectory.

In June 2017, Vattenval acquired iSupply and in December 2017 Shell bought First Utility, representing the first foray of the oil and gas company into retail electricity markets. SSE plc and Innogy merged in October this year, further changing the retail landscape.

It will be interesting to follow the trend as competition becomes increasingly stiff, both within the UK retails market, and in other markets across the world.  What do you think 2019 will bring for energy retail markets? Do you believe we will we see further consolidation of companies to ensure the scale and economic resilience to continue operating in this increasingly competitive market?  Perhaps most importantly though is this – will the customer ultimately benefit, or will this market flux further erode consumer confidence in the market?

Enel to promote energy transition and sustainability within Italian municipalities

Nigeria to deploy 36 million electricity meters by end of June...