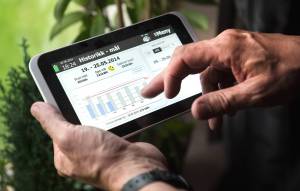 In Norway, changing customer behaviour through feedback on energy consumption could save around seven TWh within two years, or NOK 900-950 (€110) for an average household.

This is according to the Norwegian Water Resources and Energy Directorate (NVE), which commissioned VaasaETT to compile a study on how consumption information can help change consumption behaviour.

Vaasa ETT estimates that the seven TWh of power could be saved following the rollout of smart meters, due to take place in Norway by January 1, 20149, assuming an 80% IHD usage rate.

The report, ‘Assessing the Potential of Energy Consumption Feedback in Norway’ [foreword in Norwegian, report in English] weighs up the value of feedback over automated consumption.

Norway is in fact already one of the pioneers of feedback and related services such as home automation and demand response. Feedback services have been offered,for instance, by the utility Lyse. The Lyse solution offers feedback together with a smart home solution containing heating control from a smart phone and tablet based app.

According to Lyse, the combined ‘Smartly’ feedback and heating control solution service can save customers up to 2% of their consumption (if they automate their electric heating system) and the financial savings can cover the cost of the investment within two to four years.

What is the best feedback channel?

The report also looks at the different channels for feedback and suggests roles for each.

Feedback may also take place via ambient displays such as lamps that change colour, through TV screens, smart thermostats or other channels. Other new and innovative channels will appear, predicts the study authored by VaasaETT founder and CEO Dr Philip Lewis.

Norway has the highest per capita household electricity consumption in Europe with almost all residential heating being electric, according to the study.

While Norwegian electricity consumers pay relatively low prices for their electricity (the lowest in Europe) and are among the wealthiest in Europe, the electricity bill as a share of disposable income is nevertheless significant. At 5% it is the third highest in Europe.