London, U.K. — (METERING.COM) — July 18, 2012 – If implemented in full, electricity efficiency measures have the potential to reduce the U.K.’s electricity demand by about 155 TWh per annum – corresponding to about 40 percent – by 2030, a new draft study has found.

However, more than two-thirds of this would not be achieved with current policy, which would capture only about 54 TWh.

The draft study, Capturing the full electricity efficiency potential of the U.K., was prepared by McKinsey as part of an initiative to assess the support and incentives for efficiency improvements in electricity usage and the need for additional measures.

The draft study, which is now open to consultation, finds that absent of any policy intervention, moderate growth is projected for the U.K.’s electricity demand to about 411 TWh in 2030, up from 328 TWh in 2010. This growth is expected to be driven by the commercial and industrial sectors, with electrification of vehicles and heating having the potential to add an additional 5-15 percent to the demand in 2030.

The main energy efficiency drivers are improved building insulation, more efficient appliances and industrial equipment, and the use of CFL lighting and lighting controls. Approximately 66 TWh of the potential energy efficiency saving would result in the residential sector, while the commercial sector would contribute 47 TWh, the industrial sector 31 TWh and the public admin section 11 Twh.

The draft study finds that there are a number of barriers to implementing energy efficiency, particularly in the service and industrial sectors. Among these are that the transaction costs and the effort needed to implement energy efficiency measures are often large compared with the associated benefits, the payback period is longer than generally demanded, and utility companies and many intensive industrial users largely focus on other energy sources to reach carbon targets. However, unlike the U.S., ownership transfer issues in the residential sector do not appear to pose a significant challenge.

The draft study concludes by reviewing design options to address the barriers and the key features of selected case studies. Implications that emerge include the potential of demand side participation in a capacity market to deliver significant efficiency impact, in addition to demand response, and that a feed-in tariff like mechanism could be administered through suppliers to incentivize energy efficiency. Tradeable certificates could also promote a market in energy efficiency, where the most cost effective efficiency measures set the certificate price.

“With such vast potential for more efficiency in the electricity system, we must look closely at all the possibilities,” commented Minister of State for Energy, Charles Hendry. “That’s why we have agreed to explore these options through a formal consultation.” 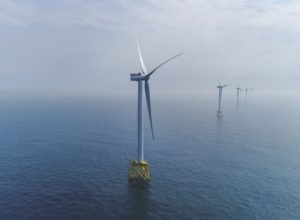