Almost €1 billion has been invested in 391 distinct energy storage projects in Europe over the past 5 years, a new mapping study has found.

The study, ‘Energy Storage Innovation in Europe’ from the European Electricity Grid Initiative (EEGI) and GRID+, maps research, development and demonstration projects on energy storage in 14 countries in Europe. The aim is to plug the knowledge gap on storage development. 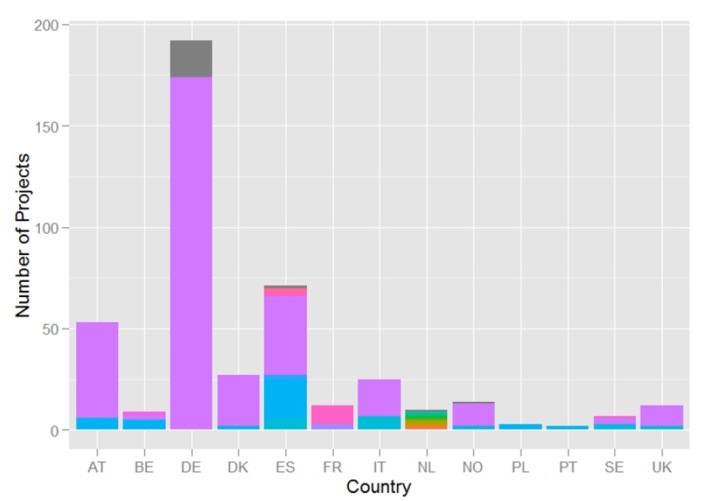 Among the findings from the study are that the field of energy storage in Europe is clearly a fledgling one. Most efforts are still in a research stage, with some of them reaching first pilots. Very few projects have advanced to the demonstration or pre-commercial stage.

National governments are the main source of funding, although the EC’s share (around €200 million) is relatively high in comparison to general R&D spending in the EU. The EC seems to be a bit more selective in the areas it is funding in a way that is complementary (i.e. it may be somewhat longer term work) to national funding.

In terms of technologies, the bulk of the budgets is being spent on electrochemical storage (mostly batteries), although there is also serious investment in power-to-gas and thermal storage.

Further, the majority of projects cover the distribution and the end-user levels, although large and concentrated investments can also be seen in transmission and to some extent generation-based storage. This reflects the fact that large and centralized storage solutions have been mature for a longer period of time now.

For the years to come we may expect many demo and pilot projects on distributed/local electrochemical, chemical and thermal storage as the current generation of research matures, the report notes.