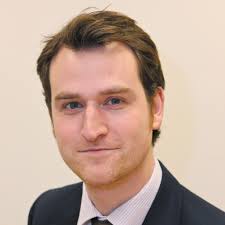 The importance of engaging consumers on smart grid is by now widely accepted but the key is in the implementation – and to ensure that it is done ‘right’ in Britain, SmartGrid GB points to what it sees as the way in a new report released yesterday.

The report, Smart grid: A great consumer opportunity, which was prepared with (the aptly named) Engage Consulting, is based on industry input from Britain as well as successful smart grid projects and customer engagement activities in other sectors elsewhere in the world. It also adopts the view that consumers are not one homogenous group, but have differing interests, both domestic and non-domestic.

According to the report progress has been made and good learning about consumer engagement is emerging from smart grid projects already being conducted in Britain which supports the conclusions of other projects around the world. However, more needs to be done.

In response, the report presents nine recommendations. The main three are:

“We have released a paper with a series of recommendations that we hope, if followed, will help the Department of Energy and Climate, Ofgem and other stakeholders, take the right next steps to ensure consumers are at the center of smart grid development and can access all its benefits,” said Robert McNamara, executive director of SmartGrid GB. “Britain is leading the world in this area, but getting future consumer engagement correct is a must.”