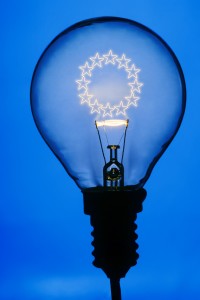 Arguably the most significant news in the past week concerns the proposals for a European Energy Union, writes Jonathan Spencer Jones, contributing editor at Engerati, the sister portal to Metering.com, focusing on smart energy.

According to the EU there are persistent obstacles to real market integration, uncoordinated national policies and the absence of a common stance vis-à-vis non-EU countries, and the framework strategy for the Energy Union seeks to overcome these by “integrating a series of policy areas into one cohesive strategy”.

The many responses in the press to the proposals – which still have to pass member states and the European parliament – have been mixed, ranging from wholehearted support to the fact that not enough is being done for renewables. However, one issue that hasn’t been much touched upon is the impact on member state national activities with what appears to be a more central decision-making role for Brussels.

Introducing a “cohesive strategy” will effectively negate much of national policy making on energy issues, while the proposal to “reinforce the powers” of ACER will effectively negate national decision making on implementation. In the changing energy environment of the 21st century integration of markets is desirable for many reasons, but as has been seen with the smart meter initiative not all energy markets in Europe are (at the moment at least) equal.

History has shown the challenges in introducing the euro as a central currency in Europe. Perhaps the critical question to ask is where are the boundaries between regional and national powers and how far the EU should be permitted to assume what appears to be a more central role in the energy sector  or whether a more hands-off role might not be more appropriate?

The March 20 solar eclipse will for the first time impact the secure operation of Europe’s power system. In response, the European transmission system operators association (ENTSO-E) has developed a plan to mitigate the impact and aimed to maintain security of supply at a level comparable to that of a standard operating day.

The western Energy Imbalance Market created nearly US$6 million in benefits and reduced renewables curtailment in the first two months of operation.

The United Kingdom has been a pioneer in offshore wind development and is now set to be home to the world’s largest, the 2,400MW Dogger Bank Creyke Beck development off Yorkshire’s coast, for which planning consent has just been given.