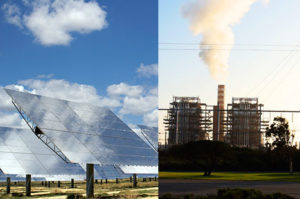 In a move that will rock the Europe’s utility sector, Germany biggest utility company E.ON has revealed plans to split its ‘dirty’ power generation away from its ‘clean’ renewable energy activities.

The division will see E.ON spinning off its power generation, energy trading and upstream businesses, reports UK newspaper the Guardian.

E.ON said it would prepare next year for the listing of the new company created by its breakup, with the spin-off taking place after its 2016 annual general meeting.

It said it had agreed to sell its businesses in Spain and Portugal to Australian energy infrastructure investor Macquarie for €2.5bn, adding that it was considering selling its business in Italy.

About a quarter of Germany’s power now comes from green energy, compared with 6.2% in the U.S. and 4.8% in France.

Deputy Environment Minister Jochen Flasbarth told reporters in Berlin that: “We are in the midst of a giant transformation process of our energy system. Renewables are the increasingly dominant factor in the German energy mix. EON’s decision is a piece of the puzzle.”

The government intends to go further, setting goals to increase the use of alternative energy sources to as much as 45% of all power generated by 2035 and boost that figure to 80% by 2050.