Just two smart grid projects are among the 248 energy infrastructure projects across Europe that were yesterday named ‘projects of common interest’ by the European Commission.

The two smart grid projects are: 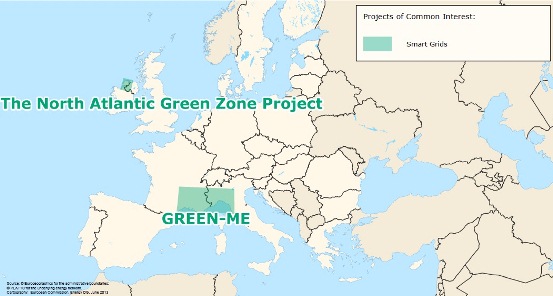 These two projects are now eligible for a share of a €5.85 billion budget, which has been allocated by the EC to trans-European energy infrastructure for the period 2014-20 to accelerate the implementation of such projects and make them more attractive to investors.

They will also benefit from faster and more efficient permit granting procedures and improved regulatory treatment.

‘Projects of common interest’ are key infrastructure projects that will help physically integrate the energy markets of member states and enable them to diversify their energy sources, in particular by increasing renewable generation.

“We have to make sure that our limited funds are used wisely and that EU money goes where it can create most benefits to European consumers,” commented Energy Commissioner Günther Oettinger. “With this list of energy infrastructure projects and their accompanying benefits, we also hope to attract more investors.”

The smart grid projects were among four project proposals that were submitted. In the evaluation both were found to fulfil all technical requirements and show good performance against the policy and economic criteria.

The intention is to update the list of ‘projects of common interest’ every 2 years. However, only electricity and gas projects included in the latest Ten-Year-Network Development Plans prepared by the European Network of Transmission System Operators for electricity and gas (ENTSO-E, ENTSOG) will be eligible for inclusion.

An accompanying long term infrastructure vision document notes among the future priorities that with only two smart grid projects identified in the first set of common interest projects, more determination will be needed in the deployment of smart grid technologies.

A first call for proposals for funding for these projects is scheduled for the beginning of 2014.