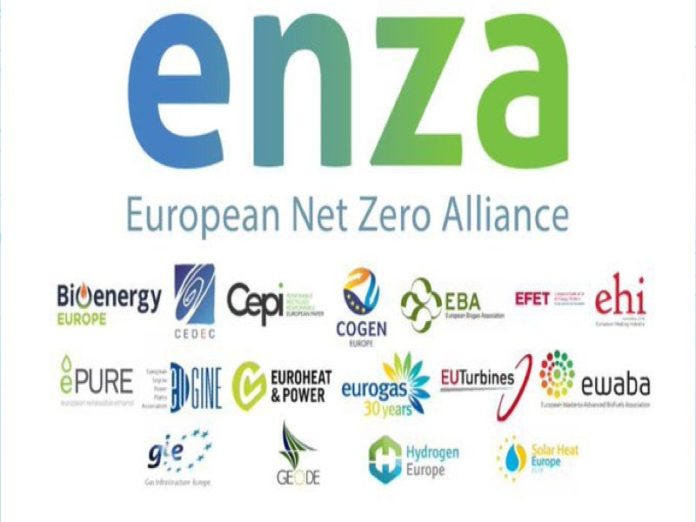 A coalition of European associations has been launched with the aim of breaking down industry silos to deliver Europe’s climate and energy ambitions.

The European Net Zero Alliance (ENZA) comprises 17 bodies representing different parts of the energy sector such as power plants, gas and grids, as well as industries including pulp and paper.

Launched on Tuesday, March 30, it’s led by Paul Voss, managing director of Euroheat & Power, who said that ENZA is a diverse coalition, and as such, “there will be things that we disagree on”.

However, he added that he was encouraged that there was “broad consensus on two things: that this needs to be done – for ourselves, our families and our customers – and that it needs to be done collectively”.

“We need to collaborate across industries and technologies.”

The coalition commits to climate neutrality by following a ‘we can – we want – we will’ approach. It sets out to allow stronger stakeholder alignment on policy options and support decision makers to identify the most comprehensive, impactful, and cost-efficient solutions for climate mitigation by promoting progressive and sustainable crosscutting solutions with a strong EU footprint.

It calls for a collaborative, flexible approach to not just technologies, but planning, people and policymaking.

Hydrogen Europe welcomed ENZA’s ambition to “bridge the gap between sectors and energy vectors. A sustainable, reliable, zero-emission and cost-effective energy system can only be reached through a variety of technologies in mutual co-existence.”