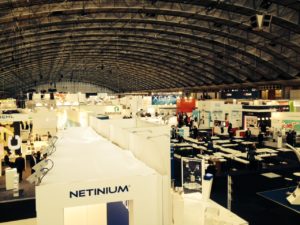 Meter data in the cloud, energy storage solutions and customer-centric thinking were just some of the technologies and buzz words filling the halls at European Utility Week 2014, held last week in Amsterdam.

The three-day event attracted representives from more than 200 utilities and saw product launches – such as Atmel’s new G3-PLC solutions; and PRIME unveiling its latest version of PLC standards.

Our team from Metering & Smart Energy International were at the event and put together a list of the newest trends and products as well as what impressed them about the show itself.

European Utility Week 2014: what was hot 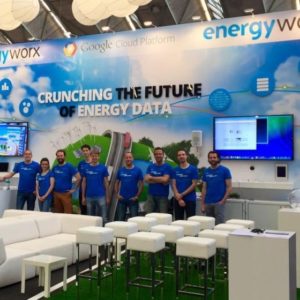 “The rock star of the show for me was EnergyWorx,” says Yusuf Seedat, business development manager at Metering & Smart Energy International. “The booth was constantly busy and utilities were interested to see how they can use Google’s Cloud Platform and the many ways it can be applied including crunching big data, and integrating with smart home products like Nest.”

“A product that I thought was really interesting was one produced by NorthQ – a sensor that you attach to a mechanical meter to turn it into a smart meter,” says Claire Volkywn, editor of Metering & Smart Energy International. “I thought this was very innovative and potentially a great opportunity for Africa as well.” 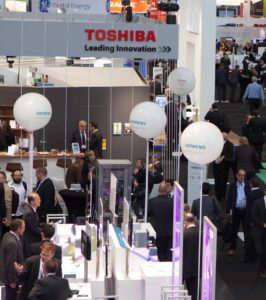 “What struck me this year was the focus was more on the customer than technology,” says Neal Esau, business development manager at Metering & Smart Energy International. “It’s not a one-sided affair any more where utilities just deliver a service to a customer. Energy consumers want to know what they’re paying for and how they can save. Both IBM and Toshiba were positioning themselves as community specialists.”

“The other thing that stuck me was the number of associations and protocols that people are working with,” commented Ms Volkwyn. “It seems like everyone is angling to have their protocol as the chosen one, and I wonder if this isn’t diluting focus sometimes. I guess at the end of the day, everyone wants to be the controller as far as protocols are concerned, but I wonder how effective this is?

She adds: “It seems like there is a lot of pressure on manufacturers to conform to all protocols.”

“My observation was that there is a lot more interest in storage than at previous shows,” said Volkwyn. Seedat agrees. “All different energy storage technologies were represented. Even though it’s still early days for the European market, manufacturers told me that they’re starting to develop relationships with utilities.”

“The Energy Experience area of the show was full all the time and for good reason,” says Seedat. “Visitors picked up a tablet device at the beginning and held it up at different points for an augmented reality experience. Siemens was one of the contributors that ‘appeared’ out of the exhibit.”

“The Innovation Hub where smart energy start-ups showcased their products was well received. The entrants were judged through Dragon’s Den-style sessions with the winning company taking home $100, 000 worth of Google Cloud Platform credits,” says Seedat.